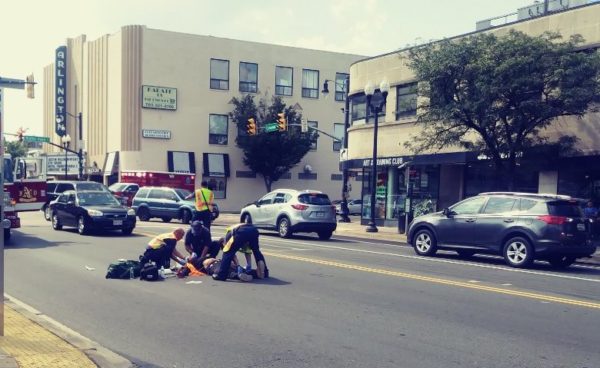 (Updated at 4:05 p.m.) A pedestrian was struck by a taxi cab in a crosswalk along a busy section of Columbia Pike, per scanner traffic.

The incident happened around 3 p.m. today (Tuesday), near the the intersection of the pike and S. Walter Reed Drive, just near the Arlington Cinema and Drafthouse.

She added the driver was cited for “failure to yield to a pedestrian in a crosswalk.”