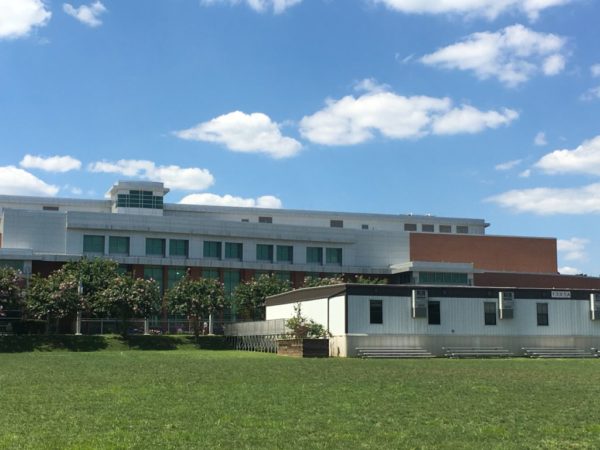 Arlington’s School Board is asking a judge to toss the lawsuit challenging the renaming of Washington-Lee High School out of court.

Attorneys for the Board and the school system filed a motion Friday (Aug. 31) pressing for the dismissal of a case brought by three current students at the school, who are looking to stop the Board from following through on its plans to strip Robert E. Lee’s name from the school later this year.

The Board argues that the attorney for the students made a series of legal missteps in crafting the suit, and that the students don’t have standing to sue in the first place. Accordingly, they want to see an Arlington Circuit Court judge dismiss the case with prejudice — Jonathon Moseley, the attorney representing the students, didn’t immediately return a request for comment on the Board’s latest motion.

Chiefly, the students argue that the Board didn’t follow its own stated procedure for renaming the school, when it voted this June to change its policy governing all school names and immediately initiated the process for renaming Washington-Lee. They even introduced a recording of Board member Tannia Talento as evidence earlier this month, claiming that her admission that “there was never any intentional engagement to the community about specifically changing [the name of] Washington-Lee” helps support their claims.

But attorneys for the Board and Arlington Public Schools countered in their motion that the “internal guidelines adopted by the School Board do not establish any legal mandate on the part of the School Board,” making claims about how the renaming process proceeded irrelevant.

Even still, they add that the students failed to prove that the Board even “failed materially” in following its own procedures — name change opponents claim the Board promised an additional round of community engagement before deciding to change the name, which is now set to be ready in time for the 2019-2020 school year. The Board circulated a variety of potential timetables for such a change, including one calling for a lengthier debate on the change, but did ultimately follow the stipulations of a September 2017 memorandum from Superintendent Patrick Murphy on the process.

Additionally, the Board points out that the three students involved in the case are all seniors at Washington-Lee, meaning the name change won’t take effect until after they’ve graduated. The attorneys argue that means they don’t have standing to sue in the first place, as they won’t be impacted by change.

“Any alleged damage after graduate is entirely speculative,” the lawyers wrote. The students have claimed that any name change would hurt their prospects for college admission, as schools might not associate Washington-Lee’s strong academic reputation with its new name, and that “developing students psychologically identify their school as a source of personal identity and security and are harmed by feeling that their school is bad.”

The Board’s lawyers even point out that Virginia law only allows for “parents, custodians or legal guardians” to ask a court to overturn a school board’s decisions as further evidence showing that the students don’t have any legal standing on the matter.

A judge has yet to schedule a hearing on the Board’s motion, but the renaming process is moving ahead, in the meantime.

The Board is set to appoint members of a renaming committee on Thursday (Sept. 6), which will meet several times over the coming months to determine possibilities for new names for Washington-Lee. The Board is aiming to vote on a new name in December.