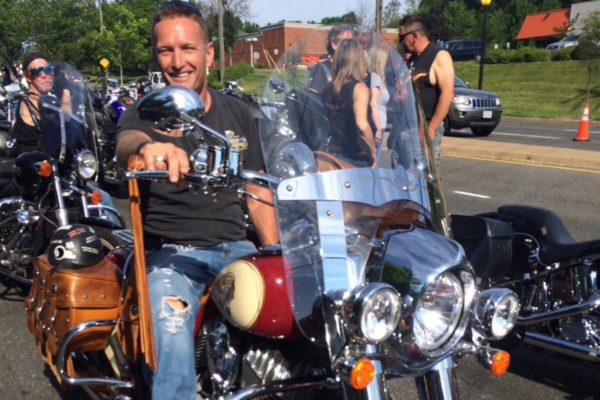 An Arlington man shot by police claims officers aren’t telling the whole story about the incident that led up to the shooting — and he expects video evidence will help him prove his case in court.

County police shot Steven Best several times on May 3 on a street just off Columbia Pike, claiming he tried to flee a traffic stop and nearly hit officers with his van in the process.

But, in a series of court filings, Best’s attorneys allege that he was trying to surrender when police opened fire on him. They claim he was confused and trying to protect himself as he drove away from the scene, rather than attempting to harm any of the officers involved.

Best’s lawyers did not respond to requests for comments on those claims, but court documents show they’ve repeatedly sought access to video footage from nearby businesses, arguing that it will provide Best with crucial “exculpatory evidence.”

“He’ll be innocent of these charges when everything comes out,” Heather Rose, Best’s sister, told ARLnow. Best and the rest of his family otherwise declined to comment on the case, but they’ve frequently proclaimed his innocence in an online fundraiser to pay for Best’s legal and medical expenses.

In the police department’s account of the shooting, officers tried to pull over Best near the intersection of 12th Street S. and S. Edgewood Street, as they were searching for the passenger in Best’s car: 40-year-old Jessica Lary of Annandale, who was wanted on a warrant for violating her parole.

Police say officers approached the vehicle on foot, but that Best “ignored their verbal commands and struck police vehicles in an attempt to flee the scene.” Two officers then opened fire on Best as he drove down 12th Street S., striking a parked car in the process.

Police say Lary and Best abandoned the vehicle near the intersection of 13th Street S. and S. Irving Street, where they were subsequently arrested. Savage added that neither Best nor Lary displayed any weapons during the incident. Three police officers were taken to a nearby hospital “for evaluation” afterward.

His attorneys claim that Best “raised his hands to surrender,” leading to one of his fingers being “shot off.” The lawyers allege he was then shot “five additional times while sitting in his van.”

“Mr. Best attempted to drive away for the safety of himself and his passenger,” the lawyers wrote.

The attorneys made these arguments as part of an attempt to earn Best’s release on bond in mid-May. They acknowledged his past run-ins with law enforcement — Arlington court records show Best pleaded guilty to a series of drug charges from 1999 through 2008 — but argued he’d been working to turn his life around.

A judge ultimately agreed to his release, and to discontinue his electronic monitoring.

Best’s case will now head to a grand jury, which will determine whether his prosecution will move forward. Police originally charged Best with two counts of the attempted malicious wounding of a law enforcement officer, but he’s now only facing one — Stamos says prosecutors decided to move forward with the pursuit of a single charge against Best “after a review by my office.”

The case was originally set to go to a grand jury in August, but Stamos now hopes to “present the case to the grand jury later this month.” A grand jury is currently set to convene on Sept. 24.

In the meantime, court documents show that both Best’s lawyers and prosecutors are pursuing surveillance video from businesses in the area.

Best’s attorneys most recently won a subpoena for video from the Day’s Inn hotel at 3030 Columbia Pike, arguing that the video recordings of the hotel’s exterior parking lots “contains exculpatory evidence” for Best. The lots are located near the intersection of 11th Street S. and S. Highland Street, roughly a block from where police say the incident took place.