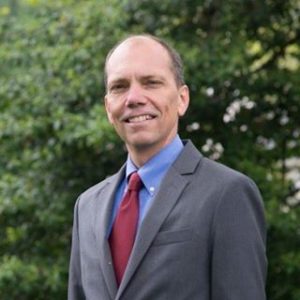 In the 1990s Eastman Kodak dominated the world of photography and held the patent for the world’s first digital camera — yet by 2012, it was bankrupt. Kodak’s failure to respond fast enough to the rapidly changing world around it would forever redefine the once ubiquitous “Kodak moment.”

As the speed of life continues to accelerate, Arlington, perched atop the summit of many “best of” lists, should heed the caution of Kodak’s tale by striving to meet our current challenges with deliberate speed and gusto. While our current success was built on innumerable extensive multi-year community efforts, we must now embrace a more agile model — employing an iterative test-learn-tweak-grow rapid deployment methodology.

Whether the sudden arrival of dockless electric scooters, redevelopment pressure on Lee Highway, or the daily exit of valued Arlingtonians frustrated by housing costs, the urgency for the county to respond to a multitude of threats and opportunities is evident. Unfortunately, our ability to respond is too often hampered by our “bandwidth,” including a lack of staff resources and the time and energy for the requisite citizen engagement process.

Budget constraints render hiring more staff and consultants not feasible. Further, simply pushing more decision-making through our current lengthy civic engagement framework will only backfire with increased frustration from both staff and citizens worn thin by inefficient and tiresome processes.

Kodak’s leaders effectively sealed their fate by insisting they could keep doing what they had become very good at doing their first 100 years. Arlington need not make that mistake. Just as social media re-invented how we share “Kodak moments” with each other, we must re-invent how we engage in decision-making, while embracing three essential priorities:

Pilot projects by their nature, define a problem, test ideas, gather reactions and analyze results as a road to permanent solutions. They offer ample opportunity for community input, but without bogging down in multiple rounds of gestation. County staff engender trust in quality civic engagement by sharing information early, widely and completely. Likewise, Arlington’s new agile approach demands a citizenry willing to avoid “paralysis by analysis” and to move forward, even in the face of vocal minority opposition.

There will still be a place for major processes to develop such things as a Lee Highway Corridor Master Plan, but whenever possible, we can break larger issues down into more manageable components for trial-and-error prototyping. No longer untouchable monumental documents adopted at contentious County Board meetings, our major plans will be living documents whose values guide incremental evolution as we pilot-evaluate-modify-expand — always solving real-world problems for real people.

Beyond doubt, robust innovation in county government will produce occasional failure. But if Arlingtonians embrace each failure as a necessary component of continual improvement instead of assigning blame, we will assuredly find greater success than our current sluggish approach.

This new, iterative approach is ideal for a “Missing Middle” initiative to pilot new planning, zoning, and financing tools to create innovative neighborhood-scale housing forms for the middle class. We know the status quo is failing to deliver housing other than high-rise condos for anyone who can’t afford a single-family home. We don’t know yet exactly what will work. We could spend five years studying and talking about it, certainly hardening opinions yet without really gaining much more confidence. Or we could invite developers and citizens to propose what they think would work, pick one or more limited sites for pilot, learn from that experience, adjust and expand.

The County Board can pounce on an early win for rapid deployment by quickly enacting a handful of zoning ordinance amendments to correct technical errors and process noncontroversial amendments consistent with adopted policy.

In Fortune magazine’s eulogy of Kodak’s demise, they observed, “It is the more nuanced story of how easy it can be to get things wrong, even when trying with the best of intentions to do everything right. It’s a cautionary tale of the need for deeper understanding of what innovation really means, and how it is infinitely more vital than most people think it is, even as it isn’t about any single product or widget or technology.”

Arlington would be wise to define our moment — and our future — with an embrace of iterative rapid deployment innovation.

Erik Gutshall is a member of the Arlington County Board elected in 2017 and former Chair of the Planning Commission. A small business owner, he lives in Lyon Park with his wife, Renee, and their three daughters.