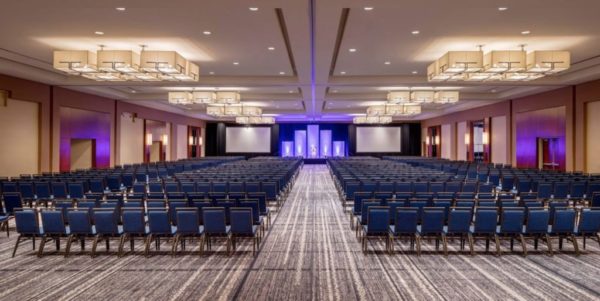 A gathering called BroCon is coming to Arlington in October, but it’s probably not what you think it is.

The convention, which is taking place in the D.C. area for the first time, is being held from Oct. 10-12 at the Hyatt Regency Crystal City. Registration costs as much as $500 per person.

BroCon is not, as one might guess by the name and the Arlington location, a meeting of former fraternity members and fist-pumping enthusiasts. Rather, it is a convention for network security professionals and academics.

Bro is open-source software that has been used to monitor computer networks since the early days of the internet.

The three-day conclave is billed as “the most important community event for users, developers, incident responders, threat hunters and architects who rely on the open-source Bro network security monitor as a critical element in their security stack.”

“This year join your colleagues who rely on Bro for technical talks, demonstrations and discussions about the project, its many applications, and its future,” says the convention’s website. “If you’re interested in the ever-evolving cybersecurity landscape and how Bro can help your organization by providing better data about network traffic, then BroCon 2018 is a critical event for you.”