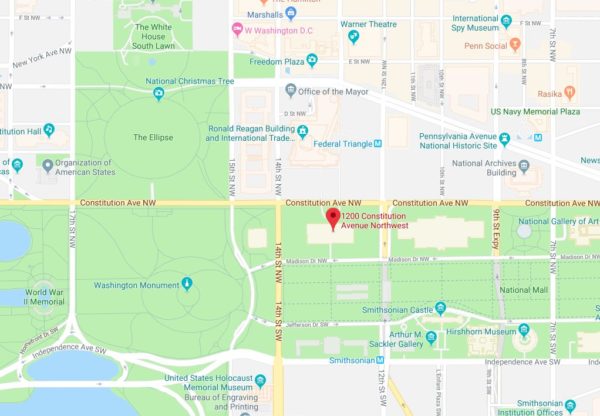 A 64-year-old Arlington man was killed while riding his bike to work in D.C., according to the Metropolitan Police Department.

The crash occurred yesterday (Monday) morning on the 1200 block of Constitution Avenue NW. A driver in a dark sedan ran a red light at a high rate of speed, struck Thomas Hendricks Hollowell in the crosswalk and drove off without stopping, according to police.

Despite a quick response from police and passersby, Hollowell died from his injuries. NBC 4’s Adam Tuss reported that Hollowell rode his bike to work at the Smithsonian National Museum of Natural History every day.

Awful – yesterday’s hit and run on a cyclist at 12th and Constitution NW now a fatal. Co-workers told us Tom Hollowell rode his bike to the Natural History Museum for work every day @nbcwashington pic.twitter.com/bR97mbwRc7

Co-workers of the cyclist who was hit and killed by a red light runner, according to police, suspected that was what happened. They say 12th and Constitution NW is notorious for red light running @nbcwashington pic.twitter.com/oOsnfzcwjn