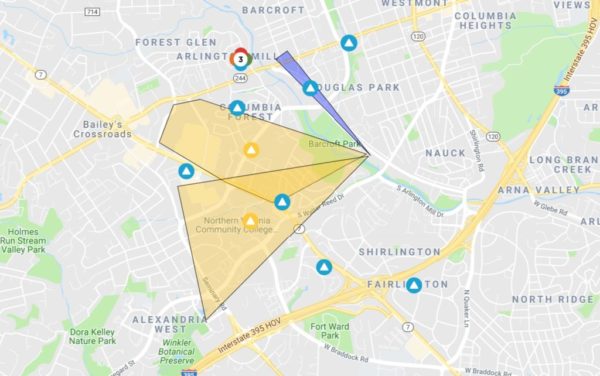 A widespread power outage has left hundreds in the dark around Wakefield High School and the Columbia Forest neighborhood south of Columbia Pike.

As of 10 p.m., Dominion was reporting 865 customers without power in Arlington County. Many more were without power along Columbia Pike before their electricity was restored.

The first reports of an outage came in around 7:30 p.m., as storms rolled through the area.

Power is out in @ArlingtonVA along with a steady stream of sirens. Cant find a single update online. Hope folks are safe! @DomEnergyVA @ARLnowDOTcom

No lights, no problem! When weather knocks out power at @APSVirginia back to school night. @WHSHappenings staff still shine! #APSisAwesome pic.twitter.com/pbhHtPUnYg