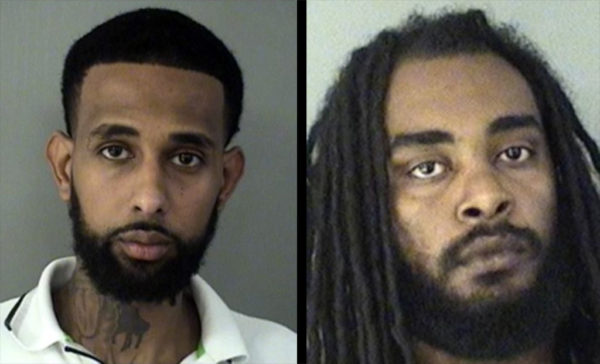 The two suspects wanted for a shooting in Arlington’s Nauck neighborhood last week have been arrested.

The shooting happened just a block from Drew Elementary School. Police say the shots were fired after “a minor verbal dispute occurred between one victim and suspects inside a convenience store.”

The Arlington County Police Department has arrested two suspects wanted for their role in a shooting that occurred last week in the Nauck neighborhood. Ahmed Ali Mahmoud, 24, and Osman Mohamed, 25, were arrested in the 3400 block of Fairfax Drive and charged with Malicious Wounding by Mob, Discharging a Firearm in a Public Place (within 1000 feet of a school zone), Malicious Wounding and Use of a Firearm During the Commission of a Felony. Both men are being held in the Arlington County Detention Facility on no bond.

At approximately 2:03 p.m. on September 20, police were dispatched to the 2000 block of S. Kenmore Street for the report of trouble unknown. Upon arrival, it was determined that a minor verbal dispute occurred between one victim and suspects inside a convenience store. The victim then exited the store and entered a vehicle with two additional victims. The two suspects approached the vehicle on foot where the dispute escalated and shots were fired by the suspects in the direction of the vehicle. The suspects then fled the scene on foot. One victim was treated for a minor injury.