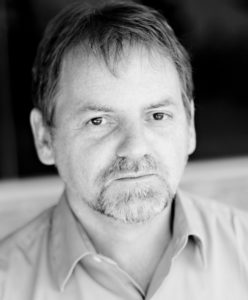 Progressive Voice is a weekly opinion column. The views and opinions expressed in the column are those of the individual authors and do not necessarily reflect the views of their organizations or ARL.now.

When I emerge from the natural oasis of the Four Mile Run creek bed, I am greeted by an Ethiopian family teaching their son to ride his bike on the Arlington Mill Plaza. Following the spirited African rhythms enjoyed by a group of friends gathering near the bridge, I catch the tempting scents of the Bolivian food truck readying for the lunch crowd. I am reminded why, many years ago, my wife and I quickly fell in love with Columbia Pike — a vital and vibrant corridor with good local businesses, active neighborhood associations and energetic mixed-income communities. Still, we recognized this high potential area was struggling to develop as a valued Metro corridor.

After 20 years, thousands of hours of planning meetings, and many county initiatives later, the Pike appears to be thriving. We had envisioned three legs of a stool that would solidly support Columbia Pike in the future: a streamlined development process, a Pike neighborhoods’ plan with a goal of preserving over 6,000 affordable housing units, and a blueprint for greatly improving the transit system to support expected growth.

So are we where we wanted to be 20 years ago?

While some development has happened, the transportation “leg of the stool” has wobbled. Four years ago, the County Board abruptly canceled the long-planned streetcar, endangering and undermining progress in other areas. Pike neighborhoods were told that transportation investments would continue. What we received was a mediocre transit plan, delayed construction of the transit stations, and no attention to much-needed utility undergrounding.

To be clear, the current growth and development on Columbia Pike was spurred on with the implementation of the Form Based Code, an alternative development process that offered streamlined reviews and approvals for developments that supported our community’s vision and needs, as described in the Code and associated plans. As a result, we are seeing redevelopment of properties along the Pike that is bringing new residents along with some affordable housing and new amenities. We are seeing the development creep west on the Pike, as well.

But with this development comes some significant challenges. New development brings new residents, many with children attending already overcrowded schools. Businesses that were “early adopters” to the Pike, like P. Brennan’s, have shuttered. Storefronts remain empty at key locations along Columbia Pike, while new developments like Centro Arlington and 4707 Columbia Pike will bring more retail spaces to fill.

As we look forward to the next 20 years, the Columbia Pike communities need the County’s focused effort and planning to ensure continued growth along the corridor while addressing the significant weaknesses in the current plan implementation.

What should happen now?

Columbia Pike has come a long way in the 20 years that I have lived here. The time is now for the county to aggressively help reinvigorate our plans and processes so that Columbia Pike remains the vital and vibrant community we love.

Eric Harold resides in Barcroft with his wife and four children. He served as president of his civic association, served for 13 years on the Environment and Energy Conservation Commission (E2C2), and now serves on the APS Advisory Council on School Facilities and Capital Projects (FAC).