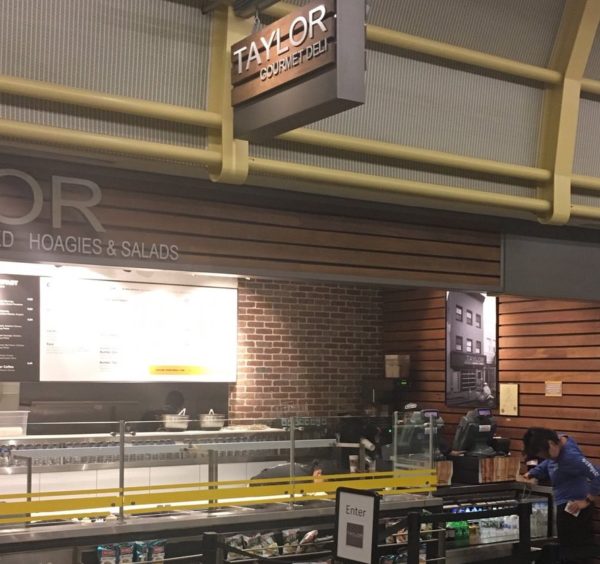 Taylor Gourmet might have shut down all its other sandwich shops around the D.C. region, but it seems hungry fliers at Reagan National Airport can still get their hoagie fix.

The chain revealed late last month that it would be shuttering its 17 stores after a major investor spurned the company, and Taylor’s Ballston and Arlington locations were closed soon after.

But, for now at least, ARLnow readers say the DCA location is still serving up sandwiches. The store is located in the airport’s Terminal B/C, near gates 23 and 24; getting there requires getting through security.

A spokesman for Taylor said the Reagan location is operated Marketplace Development, the company that manages concessions at the airport, and he declined to elaborate on why the shop is still open. The concession company did not immediately respond to a request for comment, and no one answered the phone at the restaurant Monday morning.

Taylor has since filed for Chapter 7 bankruptcy in Delaware, court records show. Company insiders have speculated that everything from co-owner Casey Patten’s meeting with President Donald Trump to the chain’s aggressive expansion plans ultimately doomed the business.

Just when I thought I'd never eat another delicious hoagie from Taylor's Gourmet, I think I found the last standing store in DCA. You just need to buy a plane ticket and you can have one too! pic.twitter.com/IK0u1W8w5F

We may all survive this year after all. H/T @kellym44