The Arlington Sports Hall of Fame has added four new inductees, including a decorated gymnastics coach, some track stars and a jack-of-all-trades triathlete.

The organization, which has recognized Arlington athletes since 1958, welcomed the new members last Wednesday (Oct. 10). The honorees include: 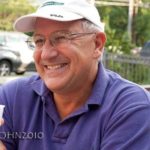 D’Emidio is described as a “force in Arlington gymnastics for over 46 years” in his Hall of Fame biography. He’s coached gymnasts at all three county high schools over the years, and worked for a decade as the head coach for the Virginia High School Mens’ Gymnastic Team, where he won a national title in 2002. D’Emidio also founded YMCA Arlington Woodmont Gymnastics Center.

Schade is honored as an “Arlington women’s sports legend over the past 37 years” in her bio. As a competitive swimmer, Schade earned 25 gold medals at the Virginia Senior Games, repeatedly qualifying for the National Senior Games, and swum across the Potomac River and even the San Francisco Bay. She’s completed 16 triathlons since starting the races at age 50, and is even a 36-year youth soccer coach. 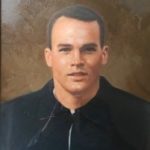 According to the Hall of Fame, Duryee was a record-setting track star at Bishop O’Connell High School, where he graduated in 1961. He went on to receive a track scholarship from LaSalle University, where he led the team to a series of Mid Atlantic Conference (MAC) track championships from 1964 to 1966, and participated in the Penn Relays Invitational.

Weilenmann, a lifelong Arlington resident, became a track stand-out during his time at the Landon School in Maryland, according to his bio. He won a series of cross country conference championships in his time at James Madison University, then competed on five U.S. national teams from 1991-1996, including two World Half Marathon Championships.

The new inductees bring the total number of Arlington Sports Hall of Fame members to 44.