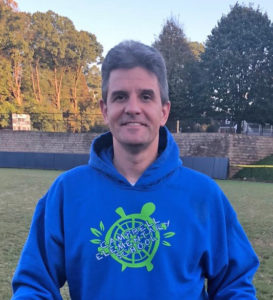 As an Arlington resident for 17 years, and a former PTA president with two elementary-age children in the Arlington school system, I’ve been closely following the race between Matt de Ferranti and John Vihstadt for County Board.

Four years ago I voted for John Vihstadt — and I now regret it. John campaigned on promises to reduce the commercial vacancy rate, proactively address school capacity challenges, support parks and recreation, including youth sports, and deliver other core services. He also promised to replace the Columbia Pike streetcar proposal with a robust Bus Rapid Transit System.

John Vihstadt has not delivered. Over and over again, he emphasizes a “delay and obstruct” approach to governing — often in response to only a few shrill voices — which results in rising costs for core services over time.

In the face of a capacity crisis plain to any parent of an APS student, John spearheaded efforts to delay the new Alice West Fleet Elementary School. The school is scheduled to open in 2019 instead of 2018, which increased construction costs and trailer expenses. He led the charge to postpone addressing youth soccer capacity challenges with his vote against adding lights at the Williamsburg Middle School and has aligned himself with a group focused on reducing the number of sports fields in Arlington. This is despite years of work from community groups and constructive solutions at other lighted fields across Arlington. He also voted to delay the contract award for the new Lubber Run Community Center.

John Vihstadt has failed to lead or advance Bus Rapid Transit on a meaningful timeline along Columbia Pike. Earlier he was loudly vocal against the streetcar, but over the past four years he has been strangely silent in showing what being “for” Bus Rapid Transit really means. His delay tactics, always pushing decisions on down the road, increase future costs to taxpayers while denying us much needed services today.

As I cast my vote for County Board on Nov. 6, this time I’m choosing Matt de Ferranti, a candidate who is more deliberately and urgently focused on making things better for future generations. Matt de Ferranti will make fiscally smart, prudent investments to achieve progressive goals like education, parks and recreation activities and the basics like storm water management. He will make decisions with plenty of community input, yet without dragging out decisions and actions for years.

Matt de Ferranti has clearly articulated what he will focus on as a member of the County Board.

His priority is bringing down Arlington’s commercial vacancy rate more quickly and more purposefully. Unless the county brings in new businesses (and revenue) more quickly, Arlington will never be able to fund our countywide priorities like schools. Matt advocates bringing in different types of businesses in the fields of the future, like cybersecurity, while investing in small and independent business to create jobs that grow our commercial tax base.

Matt de Ferranti supports our world-class school system. In his leadership role on the School Board’s Budget Advisory Council, he’s demonstrated the ability to make tough choices like taking the lead on reducing the APS budget deficit by $20 million in a tight budget year while prioritizing spending on core services for our students. Matt has actually shown he can make the tough choices on governing instead of just saying “no.”

Matt understands the importance of community centers, parks and youth sports. He is opposed to efforts that will shrink the number of sports fields, and is committed to identifying cost-effective solutions and putting them into action promptly, putting into practice the same sound judgment that helped the school system.

Matt’s values demonstrate fiscal responsibility. Please don’t fall for Vihstadt’s fear mongering about wasteful spending or tales from many years ago. John’s way is to rail “against” something, but it’s much harder to do the heavy lifting of government and nimble decision-making that shapes what Arlington is “for,” and there Vihstadt has failed. His delay and obstruct approach results in higher future costs while limiting progress for us today.

Nathan Zee is a long-time resident of the Arlington Forest neighborhood. He’s married with two children and loves to call Arlington his home.