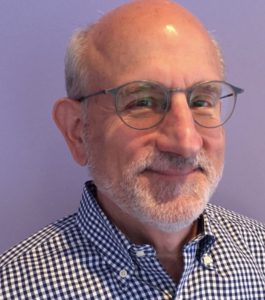 Much has been said recently about Arlington County’s Neighborhood Conservation (NC) program that pays for neighborhood infrastructure projects such as sidewalks, streetlamps and traffic safety improvements. Because of misconceptions and rumors about the program and its overlooked public benefits, some have even suggested the program be terminated, while others have simply advanced unfounded criticisms. It’s time to set the record straight.

The Neighborhood Conservation Advisory Committee (NCAC), formed in 1977, administers the program with the valuable help of county staff. Representatives from most of the county’s civic associations participate on the NCAC and review and recommend action on projects proposed for their respective neighborhoods. This “bottom up” approach has resulted in the completion of missing link sidewalks, traffic flow enhancements and other pedestrian and commuter safety projects that would otherwise go unidentified.

County bonds fund the projects, with awards made through a rigorous, but fair, “points” process managed by the NCAC. The program has completed hundreds of neighborhood improvement projects and demand remains high. Notwithstanding that, the 2019-2028 Capital Improvement Plan (CIP) cut NC funding from $12 million to $5 million for 2019-2020 and then to $4 million for the following two-year cycle.

Lack of equity. Allegations of unfair distribution of NC projects among Arlington’s roughly 60 neighborhoods have arisen because some neighborhoods don’t participate in the program. The reality is that more than 85 percent of Arlington’s civic associations are active on the NCAC, and projects are not concentrated disproportionately in any particular neighborhood. One look at a map showing the dollar amounts and location of projects over the past 17 years reveals widespread geographic distribution. Three of the top five neighborhood beneficiaries, measured by dollars spent, are in south Arlington.

Length and cost of process.  While, historically, the time elapsed from project approval to completion could take five years or more, that is no longer the case. Through right-sizing county design and engineering staff assigned to the program, the time from County Board approval to project completion now averages roughly two and one-half years, similar to the time it takes to design, engineer and complete a typical county transportation project.

Another factor contributing to length of process is the county’s aging, and in some cases inadequate, infrastructure. With limited bond proceeds available to the NC program, and infrastructure repairs and improvements needed in many neighborhoods, only a fraction of the qualified NC projects can be funded each year. The rest must wait in line. Terminating or reducing the NC program won’t solve this problem; only more financial resources will.

Alleged cost overruns are also often cited, even though close to 90 percent of NC projects are completed within budget. Moreover, 15 years ago, if the NCAC approved the construction of a sidewalk along a neighborhood street, the program would only pay for the cost of the actual sidewalk. Today, because of state and local legal requirements, a “simple” sidewalk project also entails costs for site control and management, storm water management, water mains and meters and potentially for underground utility conduit repair or replacement. The county requires that those costs be borne by the NC program, rather than by the Department of Environmental Services (DES) that has historically paid for those items. These “cost overruns” are, in fact, hidden savings for the budgets of various DES departments.

The 2019-2028 CIP required that the County Manager form a Neighborhood Conservation and Community Infrastructure Working Group to review and make recommendations regarding the NC program. That Working Group might want to consider how to:

The future of the NC program is uncertain during this period of budgetary belt-tightening. Decision-makers need to move beyond the unsupported criticisms of the program, gain a better understanding of the hidden benefits realized from an all-volunteer program that identifies needed infrastructure repairs and improvements before that infrastructure breaks down, and fairly apportion among the divisions of DES the costs associated with NC capital projects. These steps can help preserve the scope and vitality of a valuable, community-based, neighborhood improvement program.

Howard Solodky is a tax attorney who recently retired from the law firm of Womble Bond Dickinson (US) LLP, and is the Old Glebe Civic Association’s representative on the NCAC.