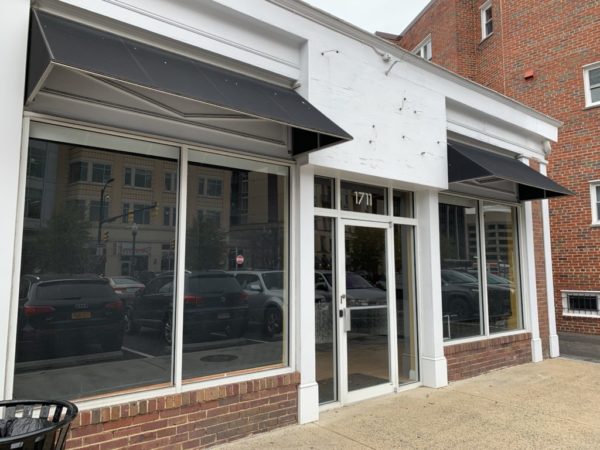 Alessandra Hashemi, the founder of Good Sweat, told ARLnow that she is aiming for a March opening.

A portion of the money from the campaign was donated to Arlington Street People’s Assistance Network to sponsor its “Sixth Annual Happy Hour Benefiting Veterans” on Nov. 7, Hashemi said.

The studio plans to have metered bike and offer classes in the mornings throughout the week and in the evenings on weekdays, according to a brochure sent to ARLnow.

“I have been indoor cycling for over 10 years, and I have seen it all (the good, the bad, the underwhelming),” Hashemi, said in the brochure. “Indoor cycling classes can be cathartic if you have amazing coaches, music and motivation.”

The brochure says that a percentage of every purchase will get invested in the community by hosting subsidized rides for low-income individuals and donating to a different local nonprofit every month, including Urban Alliance, A-SPAN Doorways for Women and Families and Arlington Food Assistance Center.

The studio is currently selling discounted packages, some of which include pre-opening access, ranging from one drop-in class to unlimited access for three months.