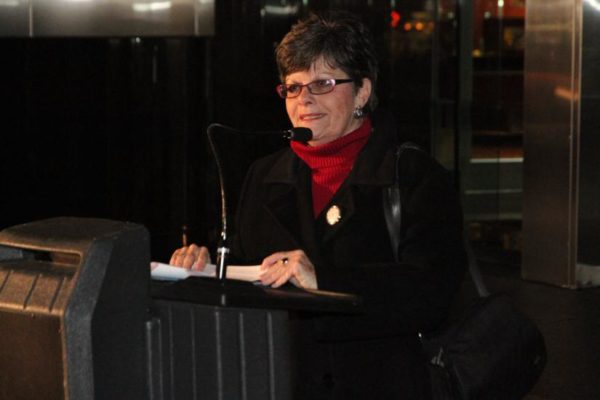 Cecilia Cassidy, the Executive Director of the Columbia Pike Revitalization Organization, is retiring.

CPRO, which was established in the 1980s to “champion and connect business and community along Columbia Pike,” announced the retirement in a press release Monday afternoon.

A search for Cassidy’s replacement is currently underway, the organization said. Her last day is currently expected to be Dec. 31.

The Columbia Pike Revitalization Organization (CPRO) announces the retirement of its Executive Director, Cecilia Cassidy. Cassidy has served as the organization’s executive director since February 2016.

“CPRO is grateful for Cecilia’s leadership and her contributions to the organization,” said CPRO board president John Snyder, “but even more grateful for the spirit, enthusiasm, and friendship Cecilia has shared with us.”

Under Ms. Cassidy’s leadership, the organization has seen its largest period of financial growth in its 30-year history and adopted a strategic plan that included new initiatives such as the installation of nearly 70 place-making banners that were installed this month along the four-mile stretch of Columbia Pike that CPRO serves, unifying the corridor and celebrating “Arlington’s Oldest and Newest Main Street.”

Before joining CPRO, Cassidy led Rosslyn Renaissance, one of Arlington’s four public/private partnerships, and was instrumental in the creation of Arlington’s first BID, the Rosslyn Business Improvement District, which she headed until 2013.

CPRO’s Board of Directors is in the early stages of the search process for Cassidy’s replacement.

The Columbia Pike Revitalization Organization is a 501(c)(3) non-profit, public/private partnership. CPRO is a coalition of residents and civic associations, businesses and property owners, and the Arlington County Government.  For more information visit www.Columbia-Pike.org