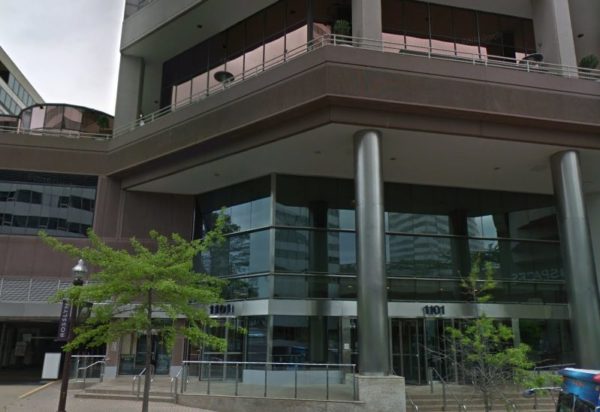 The Rosslyn Post Office could soon be on the move.

The U.S. Postal Service is proposing relocating its office in a building at 1101 Wilson Blvd elsewhere in the neighborhood.

Officials have yet to identify a new spot for the post office, but they hope to move it to “a yet-to-be-determined location as close as reasonably possible to the current site,” according to a news release.

The USPS says that, if it approves such a change, “there would be no change to post office box numbers or ZIP codes.”

A Postal Service spokeswoman did not immediately respond to a request for comment on what prompted the USPS to consider a relocation.

However, the USPS is planning a public meeting to discuss the proposal tomorrow night (Wednesday) at 5 p.m. at 1911 N. Fort Myer Drive. The Postal Service will then accept written comments for the next 30 days following that gathering.

Anyone interested in submitting them can send them to:

USPS also operates several other post offices near the Rosslyn location, including ones in Clarendon, Court House and at Fort Myer.