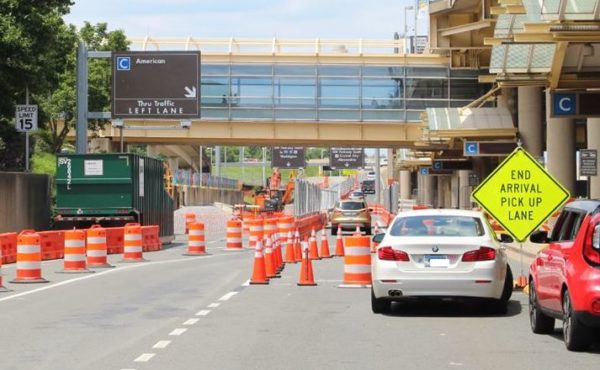 Passengers arriving at Reagan National Airport can expect some more construction-related changes to the lower, baggage claim level at Terminal B/C.

Starting today (Monday), exit doors at either end of the terminal will be closed to allow for additional work, airport officials announced last week. DCA is in the midst of its massive “Project Journey,” an effort to construct a new security screening area and a new gate for regional flights, replacing the “35X” gate.

Workers will close doors at the ends of the terminal gradually, but at the height of the work doors one through three and doors nine through 12 will be closed.

Taxi drivers, in particular, have already complained that the construction work is impacting their business, claiming the arrivals area is already a bit cramped as Ubers, Lyfts and taxis all jockey for passengers.

MWAA officials expect this latest work will take “several months,” and hope to move all construction inside the airport by sometime in the middle of the year. They don’t expect the project to wrap up in its entirety until sometime in 2021.