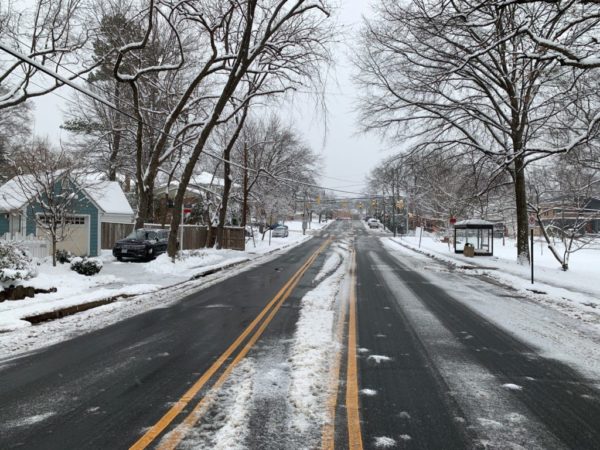 Free Pet Food for Furloughed Feds — Kriser’s Natural Pet, which has stores in the Courthouse area and the Lee-Harrison Shopping Center, is giving a free bag of food for anyone affected by the shutdown who shows a government ID. [Tysons Reporter]

County Opens ‘Safe Haven’ for Families — “The Arlington County Juvenile and Domestic Relations District Court Services Unit is pleased to announce the grand opening of its Safe Havens Supervised Visitation and Exchange Center. Located at the Department of Human Services at 2100 Washington Blvd., the program will serve families who have been affected by domestic violence.” [Arlington County]

McAuliffe Vs. Stamos — Former Virginia Gov. Terry McAuliffe has endorsed defense attorney Parisa Tafti over incumbent Theo Stamos in the race for Arlington Commonwealth’s Attorney. All three are Democrats, but McAuliffe is still upset that Stamos “joined Republicans in arguing to the state Supreme Court that his mass rights restoration was unconstitutional.” The endorsement has earned a rebuke from Alexandria’s former Commonwealth’s Attorney, who called it “sad.” [Washington Post, Washington Post]

More Money Woes for Arlington Startup — “Danny Boice, the CEO and founder of private investigation company Trustify Inc., allegedly used company money to pay for personal expenses, including $600,000 for a documentary film about him and his wife, Jennifer Mellon, according to a new lawsuit filed by former Trustify employees seeking back pay and other damages.” [Washington Business Journal]

Forum to Discuss Dementia — “A community forum on Alzheimer’s disease and other dementias will be held on Wednesday, Jan. 23 from 6:45 to 8:45 p.m. at Shirlington Library.” [InsideNova]