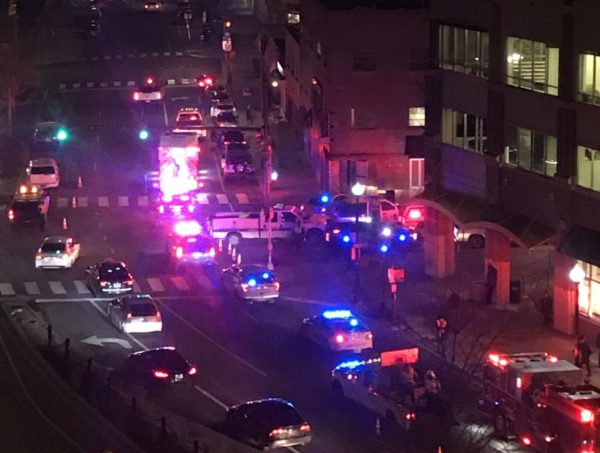 (Updated at 7:50 p.m.) A person has been struck by a train at the Courthouse Metro station.

Firefighters are on the scene and have entered the trackbed, after power was shut off to the third rail.

The person appears to have intentionally jumped in front of train, according to Metro Transit Police, and was reportedly found deceased by firefighters.

Trains are now single-tracking on the Orange, Silver and Blue lines as a result of the incident. The station is temporarily closed to passengers.

Court House update: Unfortunately, the individual struck by train did not survive. Confirmed intentionally placed themselves in the path of an arriving outbound Orange Line train at approx 6:40 p.m. Investigation ongoing. #wmata

Blue Line Alert: Trains are single tracking btwn Arlington Cemetery & Foggy Bottom due to a person struck by a train. Expect delays in both directions.

Orange/Silver Line Delay: Trains are single tracking btwn Clarendon & Foggy Bottom due to a person struck by a train. Expect delays in both directions.

@wmata #wmata Apparently someone jumped in front of the Orange Line train to Vienna just now before Clarendon. They are checking for signs of life.