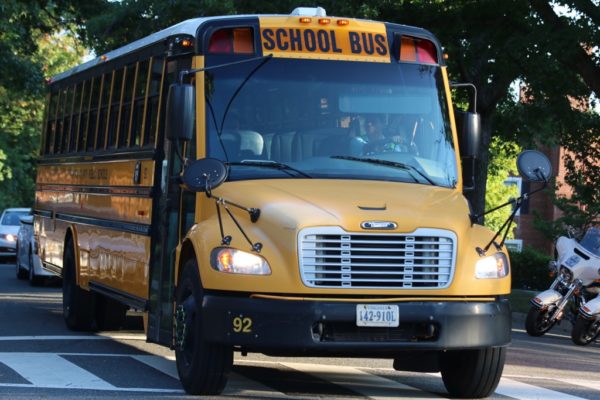 Arlington school leaders could soon gain the power to start classes before Labor Day, as some long-stymied legislation finally seems set to pass in the General Assembly.

State lawmakers are gearing up to finally repeal a provision widely known as the “King’s Dominion Rule,” which has barred school systems across the state from starting class before Labor Day for the last 30 years in a bid to provide Virginia’s theme parks with a robust pool of potential patrons, and student workers, each summer.

Many schools have already earned “waivers” to disregard the rule (including large school systems like Fairfax and Loudoun counties) and momentum has built in recent years to do away with the law entirely. Arlington officials have been particularly keen on kicking off class early, hoping to better align high school calendars with the slew of standardized tests that dominate the latter half of each school year.

And while it’s not a done deal just yet, Arlington could well get its wish this year. The House of Delegates and state Senate have now both passed a bill from Del. Roxann Robinson (R-27th District) to allow school systems to start classes up to 14 days before Labor Day — so long as they give students the Friday before the holiday off.

Lawmakers will now need to determine the bill’s next steps. General Assembly leaders could opt to send it along to Gov. Ralph Northam as it is, or convene a conference committee for additional negotiations as a competing bill from Sen. Amanda Chase (R-11th District) heads to the House floor for a vote.

Some local Arlington legislators — Sens. Barbara Favola (D-31st District) and Janet Howell (D-32nd District) — were backing narrower bills to give only Northern Virginia localities the power to control their school calendars. But those efforts were quickly rolled into Chase’s legislation instead, as it became clear that the tourism industry and school administrators might be able to strike a compromise on the legislation.

“We think this is a good compromise,” Chase told a House committee yesterday (Monday). “Our desire is really this to give the power back to the school boards, the parents and the PTAs, as opposed to big business determining when our young people go to school.”

Both bills would grandfather in school systems that already have waivers to start more than two weeks before Labor Day, a key demand from school leaders. Those localities also wouldn’t be required to give students the Friday before the holiday off.

Chase, and groups representing the state’s school boards and superintendents, said they would’ve much preferred a full repeal of the law to let school systems set calendars however they’d like.

By contrast, representatives of the state’s theme parks say they’re not thrilled with the prospect of schools starting the full two weeks before the holiday, but insisted on students receiving a four-day weekend as a bit of a compromise.

Tom Lisk, a lobbyist for the Virginia Restaurant, Lodging and Travel Association, told House lawmakers yesterday that the interest group is generally opposed to the legislation, but wouldn’t condemn the effort in its entirety.

As of yet, however, there’s not much sign that lawmakers will bend to pressure from the hospitality industry on the bill.

The House’s education committee altered Chase’s bill to make it identical to Robinson’s on a 16-6 vote yesterday — should the House then pass the legislation, the final decision will rest with Northam. Or, the House could always alter Chase’s bill, setting up the potential for a conference committee, where a small team of negotiators would hash out the differences between the two pieces of legislation.

Regardless of just how lawmakers work out the details, Arlington’s School Board will be watching the proceedings quite closely. As the group set the calendar for the 2019-2020 school year on Feb. 7, Board member Barbara Kanninen told staff that she’d be “very interested” in seeing options for a pre-Labor Day start next year, so long as the legislature follows through.

“Ultimately, I’m a big fan of year-round school, and this gives us a chance to start working in that direction,” Kanninen said.