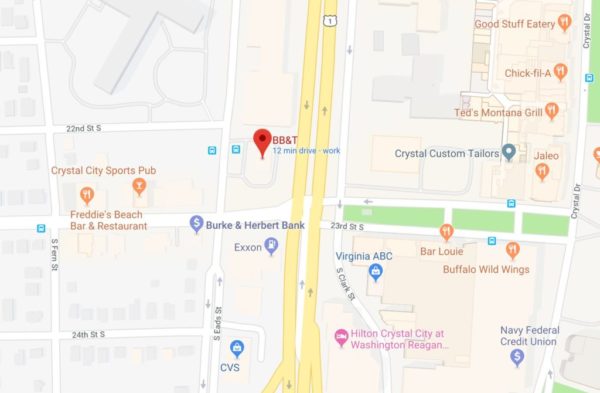 Arlington County Police arrested a suspect who allegedly tried to rob a bank in Crystal City this morning.

Around 11:30 a.m., the suspect walked into the BB&T branch at the corner of 23rd Street S. and S. Eads Street and “passed a note to the teller demanding money,” according to ACPD spokeswoman Ashley Savage.

“The suspect fled the scene without any money and was located by responding officers and taken into police custody,” Savage said.

Additional details, including the suspect’s name, were not immediately available.