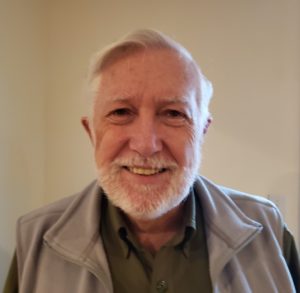 Progressive Voice is a weekly opinion column. The view and opinions expressed are those of the author and do not necessarily reflect the views of ARLnow.com.

Gerrymandering: an odd partisan game played by politicians. A quaint tradition of American electioneering played out in smoky back rooms, but of little consequence. Is that really true?

Well, not entirely. Gerrymandering is odd, and politicians do it, but it definitely isn’t of little consequence.

The following table gives results from the 2012 U.S. Congressional elections (shortly after the last round of redistricting, when the effects of gerrymandering can be seen clearly):

Gerrymandered districts can be reliably counted on to vote predominantly for one party instead of being competitive arenas where candidates need to listen to all constituents. The candidates aligned with the majority party feel little pressure to consider positions opposed by the party faithful, and are less likely to compromise when elected. This applies to all the districts in a gerrymandered state, not just the ones in which election results are flipped. The result is often uncontested elections with gridlock in Congress and state legislatures, and eternal political squabbling instead of effective bipartisan solutions.

Such ideological entrenchment is counterproductive to effective democracy. This, coupled with government shutdowns and Congress’ inability to make decisions on critical issues made a strong impression on me over the last 20 years or so, convincing me that I needed to do my part to fix the situation. I decided to join OneVirginia2021, a group committed to replacing gerrymandering with non-partisan redistricting.

How can we end gerrymandering? In most states, Congressional and state election districts are drawn by state legislatures. There’s an inherent conflict of interest in this approach because incumbents fudge the lines to get re-elected. To eliminate this conflict of interest, California, Arizona, Washington and other states have re-assigned the drawing of election districts to independent, non-partisan commissions.

OneVirginia2021 is trying to do the same thing in Virginia and drafted a proposed amendment to the Virginia state constitution to end gerrymandering. The following concepts were central to our proposal:

The proposed amendment was not accepted by the legislature. Instead, a joint House-Senate conference committee negotiated an agreement that includes elements from competing Senate and House proposals.

This alternative includes a commission with membership equally divided between legislators and citizens from both parties, with a citizen serving as the chair. The process used to select citizen members of the commission, and the exclusion of unelected Congressional and General Assembly employees, is also intended to quell partisanship in drawing election maps.

While the compromise does not ban partisan gerrymandering outright, it does require a supermajority of commissioners for approval of election district maps, allows the General Assembly only up-and-down votes on the maps and excludes the governor from the approval process to avoid partisanship. The compromise also requires the redistricting process be transparent, so citizens can see what is being done and hold people accountable.

The legislature’s compromise was adopted on Feb. 23. Although the compromise doesn’t include everything that OneVirginia2021 asked for, I believe this version will empower citizen members of the proposed redistricting commission to prevent gerrymandering.

We still need to get this proposed constitutional amendment passed by the General Assembly a second time in 2020, and then get it accepted by the people of Virginia in the November 2020 election. We also need implementing legislation to fill in details and qualified, unbiased candidates to apply to be members of the Virginia redistricting commission. Finally, monitoring the work of the commission once it’s up and running is essential to ensure no one subverts its intended function. Democracy is worth the effort.

Charles Head is Co-Chair of the Arlington Local Action Group of OneVirginia2021. Readers can get more information about non-partisan redistricting and the Virginia General Assembly’s action on this issue at OneVirginia2021.

This week begins one of the favorite times of the year for many: Girl Scout cookie season. Friday (Feb. 3) marks the first day of in-person booth sales in Arlington….