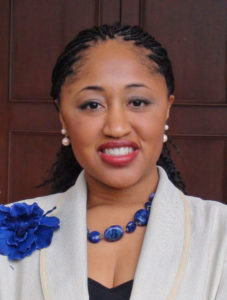 Progressive Voice is a weekly opinion column. The views and opinions are those of the individual authors and do not necessarily reflect the views of their organizations or ARLnow.com.

Growing up as a Black girl in the 1980s and 1990s in the American South, I would not have described myself as a victim of racism. I know that my family members and I have been beneficiaries of affirmative action and outreach programs which were critical in giving Blacks and other minorities equal footing. Yet despite my personal experiences and our progress as a nation in a number of areas, racial disparities still exist.

In the wake of the revelations that Gov. Ralph Northam and Attorney General Mark Herring posed in blackface, there has been renewed conversation about racial equity and healing. Dialogue on this issue is critical, and a necessary part of how we ensure current and future generations of Black Americans have the opportunity to succeed.

Diversity training combined with the “rising tide lifts all boats” mentality, which has been traditionally employed, can only get us so close to achieving the American dream. The remnants of the peculiar institution of slavery still exist throughout our laws, our culture and our collective psyche. It permeates norms and traditions that are passed down in families. True racial healing is a massive undertaking which can’t be achieved in a few years (or apparently 50+). Northam can continue past gains by focusing on a few key areas.

In 2018, I held focus groups with Black and white women to discuss common challenges that women often have in building relationships with each other across racial lines. In these gatherings I could feel the weight being lifted off the women. There was a mutual acknowledgement of common struggles and a satisfaction in knowing they were able to be themselves in a space where they often have to pretend. The stereotypes we hold also affect how we treat each other, which has psychological and tangible effects. As Virginia moves forward, our plan of action should be holistic, including policy positions and proven templates for difficult conversations.

You hear a lot about “white guilt.” The best way to repay Black Virginians for the years of slavery and oppression is to implement real policies that allow our children to look back and thank us for what we did today, by ending the rhetoric and fulfilling the American dream which was promised to us as a commonwealth and a nation.

Krysta Jones is Founder and CEO of Vote Lead Impact, Inc., and a graduate of Leadership Arlington, the Sorensen Institute of Political Leadership, and the Women’s Campaign School at Yale.