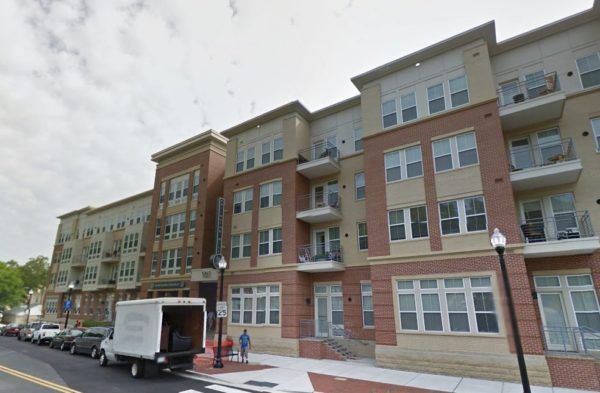 Residents of an affordable housing complex in Arlington Mill could soon get access to free wi-fi, thanks to the county’s own fiber optic network — but is that legal?

It’s a question that vexes broadband experts and legal observers alike, who see the county potentially running afoul of some restrictive state laws, even though the project happens to be in service of a good cause.

The county’s plans for this “Digital Inclusion Initiative” over at the Arlington Mill Residences have attracted new scrutiny as local officials and a team of independent experts have begun studying the “ConnectArlington” dark fiber network.

That group identified a whole host of problems with the county’s management of the program, which was designed to build on Arlington’s existing fiber network to provide high-speed internet to local businesses. The county already uses the network to link its facilities together, and expanded it in 2015.

The experts did not identify any issues with the Arlington Mill project, specifically, in a report they prepared for county staff, but some members of that “Broadband Advisory Committee” told ARLnow that they harbor deep concerns about it. And a survey of other lawyers specializing in telecommunications policy reveals that it’s entirely unclear whether the project’s structure is actually legal under state law.

Arlington officials and attorneys believe they’re perfectly within the bounds of the law with their efforts, and the county held a community celebration to kick off the installation of some internet equipment last month.

Thus far, county leaders have billed it as a pilot project, which could inform other efforts to connect communities that lack access to low-cost internet. Officials are particularly enthusiastic about its potential to connect students living at Arlington Mill with the internet, closing the “homework gap” and helping kids get online and keep up with their increasingly high tech studies.

But, at the very least, experts fear this means that the county has wandered into a confusing legal gray area that could invite future court challenges.

“They’re doing it for the right reasons, and I don’t fault them for it,” said Chris Rozycki, a member of the county’s Broadband Advisory Committee with 30 years of telecom regulatory experience. “But I think they know they’re tiptoeing onto thin ice here.”

When the county first rolled out the “Digital Inclusion” project in December 2017, it looked a bit different than it does now.

The County Board agreed to hand over $94,500 in grant money to the Arlington Partnership for Affordable Housing, which manages the Arlington Mill complex. The nonprofit, commonly known as APAH, would then use that money to contract with an internet service provider to “light” the county’s dark fiber, which already connects to the nearby Arlington Mill Community Center.

In essence, that means the ISP would facilitate internet service for the complex, something that state law currently bars localities from doing on their own.

Rozycki’s company, a local ISP known as “Potomac Fiber,” initially worked to strike a deal with APAH and the county to light the fiber.

However, that’s where Rozycki ran into many of the problems the committee identified in its report on ConnectArlington. Potomac Fiber would need to lease some strands of the fiber network from the county to make the project work, but Rozycki found many of the terms the county’s lawyers demanded quite onerous.

Much like the rest of the panel of experts that studied ConnectArlington, Rozycki believed that the proposed terms of the deal pushed all of the risk onto his company, while avoiding any for Arlington. For instance, he felt the contract’s five-year term wasn’t long enough to give his investors confidence, and he was deeply concerned about a provision that would’ve let the county revoke Potomac Fiber’s access to the network infrastructure with only limited notice.

“I would’ve lost my investors if I’d signed it,” Rozycki said. “I had to walk away.”

APAH went about searching for another ISP to light the fiber instead, but didn’t have much luck. The broadband commission believes that the structure of the ConnectArlington program effectively scares away any company from leasing the fiber network, and officials concede that many of those problems were evident in the Arlington Mill effort.

“We had to find another way to make it happen,” said Jack Belcher, the county’s chief information officer and head of its Department of Technology Services.

But by summer 2018, Belcher and the county’s technical staff managed to find what they believed was a workaround. The county would use its dark fiber to provide “switched access connectivity” between the complex and another internet service provider, allowing APAH to contract with an ISP out near Ashburn, the Loudoun County suburb that acts as a hub for the majority of all internet traffic across the globe.

Essentially, Belcher says the county is setting aside a few strands of its fiber to act as a “conduit” for APAH, helping the nonprofit buy high-speed internet at a significantly lower price than they might find from a local ISP.

“When you get out there, all of a sudden, you’re dealing with the wholesalers of the internet,” Belcher said. “What that does is gets them out there, they negotiate their own deal. We’re sort of a carriage out there.”

After the Board signed off on the arrangement in July, APAH was able to have much more success in finding an ISP partner. Nathaniel Root, a data analyst and systems architect for APAH, says the nonprofit now has a contract with Crown Castle to provide a 1 gigabit per second connection to the complex.

Crown Castle was founded in Houston, but now operates in communities including Baltimore, Cleveland, Philadelphia and Palo Alto, California, according to its website.

But that distinction is where things get a bit complicated for the county.

Rozycki puts it quite bluntly — when presented with Belcher’s explanation of the technical arrangement at Arlington Mill, he quipped “the word ‘gobblygoop’ comes to mind.” He believes that the county’s mention of “switched access connectivity” is merely a “made-up term” designed to obscure the project’s purpose.

“What they’re doing is, in essence, being an ISP,” Rozycki said. “From the explanation, I have no idea what they are doing, but it sure sounds to me like they are providing internet service. The law does not allow them to be a service provider, but I am not a lawyer.”

Rozycki is leaning on his years of work as director of telecommunications for the South Carolina Office of Regulatory Staff, which has oversight of broadband issues, to make such a judgement. And others with law degrees themselves have come to much the same conclusion.

Part of the problem for Arlington is that Virginia telecom law is restrictive. Like many other states, Virginia bars localities themselves from using their fiber networks to provide internet service — the influence of major telecom companies to close off government-funded competition is a key point of tension for many community broadband advocates.

In some cases, state law does allow for communities to form publicly owned cooperatives that can build networks and offer internet service. However, attorneys note that the law is extremely restrictive, making it very difficult for localities to form those networks in the first place.

“It’s kind of absurd, but that’s the law they’re confronted with,” said Doug Jarrett, an attorney specializing in broadband and telecom law at the D.C.-based Keller and Heckman, LLP. “I don’t know how they get around that.”

Jarrett feels it’s a “tough call” whether the county’s arrangement is legal, but the unusual setup and the strictures of Virginia’s laws give him great pause about how it might stand up in court.

David Reischer, an attorney specializing in business law in New York and the CEO of legaladvice.com, is similarly skeptical of the project. He expects that the arrangement could work, but he fears the county could run into trouble if Arlington Mill residents experience any “service interruptions” and the county has to take responsibility for resolving those.

Deputy County Attorney MinhChau Corr believes the Arlington Mill project is perfectly legal, noting that the ISP that APAH hired provides an “extra layer” between the apartment complex and the county. In her office’s view, the county is clearly not acting as an ISP, but merely giving the nonprofit “a gift” to enable this internet service.

“We gave them access to the dark fiber and then gave them money, and since they’re a nonprofit, they’re eligible to receive that kind of gift from us,” Corr said.

Jarrett expects that a simple way to resolve any question about this project’s legality would be seeking some input from the state.

Both Jarrett and Rozycki assumed that the most logical entity to tackle this debate would be the State Corporation Commission, a regulatory agency that (among other functions) reviews utility and telephone rates. The SCC is similar to the agency in South Carolina that Rozycki once worked in, and has oversight over many telecom policies in the state.

“If the SCC has to get involved, arguably they could say [to Arlington], ‘Go ahead and do what you need to,'” Jarrett said.

But the SCC has never reviewed the project in any capacity, said agency spokesman Ken Schrad. That’s because he doesn’t believe the SCC has the authority to have “any involvement” in this area.

“I am not aware of any state agency that would be involved,” Schrad said.

Rozycki’s only other guess for a resource at the state level would be Attorney General Mark Herring’s office. Herring’s lawyers frequently review legal disputes in localities, and can offer binding (or non-binding) opinions on those matters.

However, it would seem the state’s attorneys have yet to study the Arlington Mill project either.

“This doesn’t appear to be an issue that’s been on our radar,” said Michael Kelly, Herring’s spokesman.

That’s not to say that the dispute couldn’t find its way to Herring’s office at some point. Rozycki expects that a company upset about the project could file a complaint with the attorney general, or simply sue the county.

But, put simply, very few people who have examined the project have any idea how any challenge to it might proceed.

“I am not sure how this plays out,” Rozycki said. “The laws have not kept up with the changes in technology and the industry.”

Rozycki doesn’t think it’s overly likely that a smaller ISP would sue — as the CEO of one himself, he points out that they generally “don’t have the time or the money” to litigate such an issue.

But larger telecom giants, who pushed for many of the provisions limiting state-run networks in the first place, might not be so charitable.

“I have some empathy for the outcome they’re trying to get to here,” Jarrett said. “But the law they have to dance around is terribly unfortunate, particularly where Verizon and Comcast can use it to deal with any competition anywhere.”