It’s that magical time of year, where flashes of not-miserably-cold weather fool a percentage of us in the area into thinking spring is here, and that we won’t get tagged by one more winter outburst.

As we dare to venture from our hovels and spend time with — hold on, what was that word? Ah, yes — “people” again, the occasion might call for something not quite packed to the gills with hop material.

With that in mind, here are some recent arrivals I’ve been recommending for those looking for tasty, non-IPA/hop-driven options — with one partial exception (you’ll see).

Wallops Island, from Sterling’s Rocket Frog Brewing, checks a few boxes for me. It fills a need I’ve had here at Arrowine for a classic American Brown Ale, for one. It’s also is a great example of the style, with loads of caramel, chocolate and coffee malt flavors but dry, as it should be.

It picked up a Bronze medal at last year’s Great American Beer Festival, to boot. Not bad for a beer from a brewery in its first months of operation.

Vermont’s Von Trapp Brewing (yes, those Von Trapps) has been available in Virginia for a little while now, specializing in Lagers that are both well priced and readily available. The Bohemian-style Pilsner and German-style Helles are both done in the classic style: the Pils has a crisp feel with pleasing floral/peppery aromas from its hops — but not IPA-level hoppy by any means. 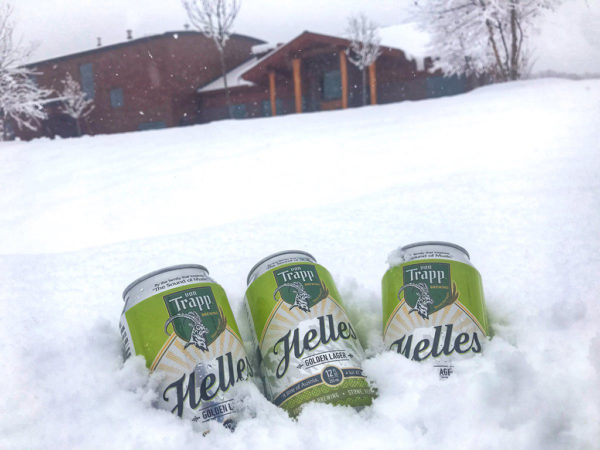 So this’ll be the outlier on the list; nearly twice as strong as the rest and with a notable dry-hop addition, but too cool not to mention. Richmond’s Väsen Brewing Company combines a number of influences, from Belgian Farmhouse beers to American IPAs, with ingredients mixing and matching as much as styles.

Savvon, the first beer of theirs to hit Northern Virginia in package, is a great example: a Brettanomyces-fermented, bottle conditioned Farmhouse Ale dry-hopped with a pair of Southern Hemisphere hops — Galaxy and Enigma — typically found in Hazy IPAs. Tropical hop flavors and aromas play well with the funky, fruity Brett character.

An easy way to win my heart, as a brewery, is to produce a solid version of just about any British beer style. Asheville’s Green Man Brewing does just that with their ESB, with it’s crackery/bready/fruity malt character and traditional level of hoppiness.

Since I first got to try this about 8-9 years ago, I’ve wanted this beer in Virginia. Finally, it’s here and it’s not leaving Arrowine’s stock if I can help it.

Let me know in the comments if you’re looking for something new and I’ll try my best to make a suggestion that works.