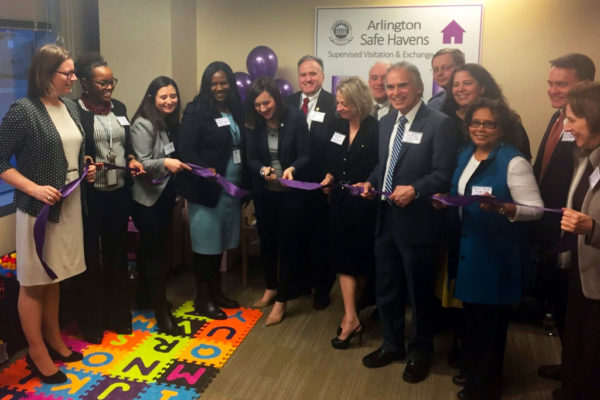 The Arlington Juvenile Court Services Unit is looking for volunteers to help with a new program helping families affected by domestic violence.

The Safe Havens Supervised Visitation and Exchange Center opened in January and supervises children during visits with parents accused of abuse. It’s also a safe meeting place for parents with shared custody who need to exchange children for visits, but may need to be kept separated from each other.

Safe Havens is seeking volunteers to spend eight hours a month at the center helping with tasks like escorting children between rooms.

The center is hoping volunteers can also help answer phones, assist program coordinators with record keeping, and keep an eye on supervised visits after being trained in the center’s procedures by staff.

The goal of the facility is to “improve safety for the community at large, eliminating the need for families in conflict to meet in public places” per the county’s January announcement of its opening.

The Safe Havens center is located at the county’s Stambaugh Human Services Center (2100 Washington Blvd) in Penrose. During the weekdays, the facility is open Wednesdays and Fridays from 3 p.m. to 9 p.m. On weekends, it’s open Saturdays from 10 a.m. to 4 p.m. and Sundays from noon to 5 p.m.

A county spokeswoman said the center is especially in need of volunteers who speak Spanish, and have experience working with children and families in crisis.

Judge George D. Varoutsos, who is Chief Judge of the Arlington County Juvenile and Domestic Relations District Court, previously said he was “thrilled” to see the center open.

Arlington’s Project PEACE, a group dedicated to ending sexual and domestic violence at the Department of Human Services, was tasked by Varoutsos to create Safe Havens after the judge said he realized supervised visitation “has been missing from the array of services that we can provide victims of domestic violence in Arlington courts.”