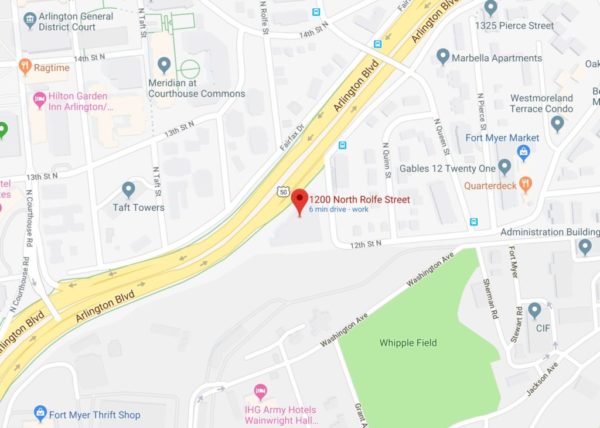 (Updated at 10:40 a.m.) Firefighters responded this morning to a significant gas leak at a construction site in the Radnor-Ft. Myer Heights neighborhood.

A gas line was reportedly struck at a construction site near the intersection of N. Rolfe Street and the Arlington Blvd access road. The gas leak prompted evacuations of nearby residents.

Washington Gas is currently on scene working to control the leak, ACFD said.

#Breaking: Units called for gas line struck at construction site in 1700 block of Arlington Blvd. Crews are monitoring and evacuating some residents in the adjacent building to another building until the leak is controlled. @washingtongas enroute. pic.twitter.com/fv8UT8lQ52

#FinalUpdate: Gas leak in 1700 block of Arlington Blvd. @washingtongas has leak controlled. No further hazards present. All evacuees have been allowed to return home. Fire department returning to service. pic.twitter.com/6wFR626F4i