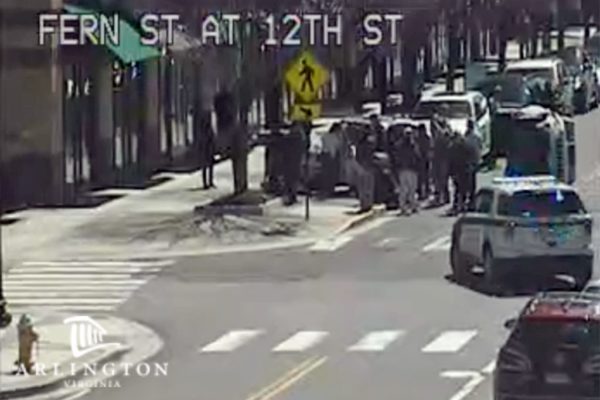 Police and firefighters are on scene of a crash involving an overturned vehicle in Pentagon City.

The crash happened at the intersection of S. Fern Street and 13th Street S., near a busy entrance to the Costco parking lot. Fern Street is currently closed to traffic in both directions between 12th and 15th streets.

The crash involved at least two vehicles, one of which flipped on its side, and at least one reported minor injury. The occupant or occupants of the flipped vehicle were able to get out without the assistance of any of the fire department’s heavy rescue equipment.