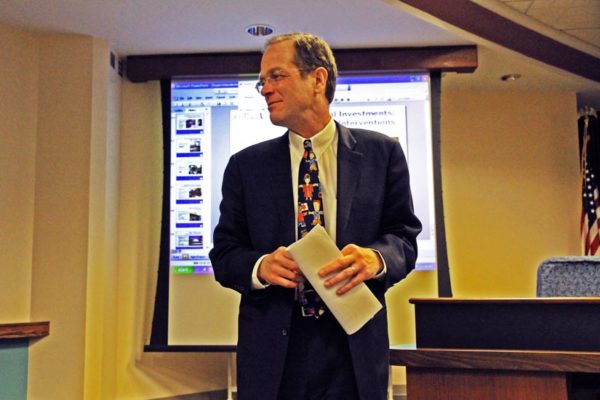 (Updated at 10:40 a.m.) Arlington Public Schools is developing a framework for a policy passed years ago aiming to protect transgender students from discrimination.

APS is trying to figure out how it could best achieve a 2015 policy aimed at protecting transgender and non-binary students from discrimination and bullying.

The Policy Implementation Procedure (PIP) is slated for revisions until June, per a timeline posted by APS.

“Staff has been reviewing a variety of resources to develop a working draft and outline of the procedures, but the working group has not yet finalized the draft,” said APS spokesman Frank Bellavia. He added that when the draft is ready it “will be shared with our Advisory Committees and others to gather feedback” but that at the moment no public input events were planned.

The PIP comes a year after Superintendent Patrick Murphy announced in a memo for the previous school year that gender identity had been added to the school system’s anti-bullying policy, and that transgender students will be allowed to use their bathroom that corresponds with their self-identified gender.

It’s popular on a Facebook group for APS parents where dozens of members expressed support for the PIP in discussions on the page, and 243 voted to favor of it in an informal poll.

One anonymous group calling themselves the “Arlington Parents Coalition,” however, called the PIP “radical” and said the coalition had “concerns” about it in a blog post.

When contacted by ARLnow via a form on their website — which appears to have been created in March and has only posted about the PIP development — a member declined to identify themselves or others in the group.

The 2015 policy the PIP hopes to support was unanimously approved by the School Board in 2015. Policy J-2, as it’s called, requires APS provide, “educational opportunities and learning environments that are free of discrimination, including harassment, on the basis of… gender identity or expression.”

“No student, on these bases, shall be denied access to educational or extracurricular programs, activities, services, or benefits, or be limited in the exercise of any right, privilege or advantage,” the policy says. Depending on the framework adopted, the PIP could have implications for bathrooms and other school facilities, sports teams, and school procedures.

The School Board Chair at the time, Emma Violand-Sánchez, said she was “very proud” of the policy.

Bellavia said the PIP has not been changed by the recent backlash from right-wing websites after transgender activist Sarah McBride read a book about trans kids, I Am Jazz, To Ashlawn students earlier this month.

Research from William Institute of UCLA’s School of Law released this month found a correlation between the presence of anti-bullying laws for sexual orientation in a state and fewer suicide attempts by youth. LGBT+ youth have historically reported high rates of bullying in studies, with one in three transgender high school students surveyed last year saying they attempted suicide and a third saying they felt unsafe in school.