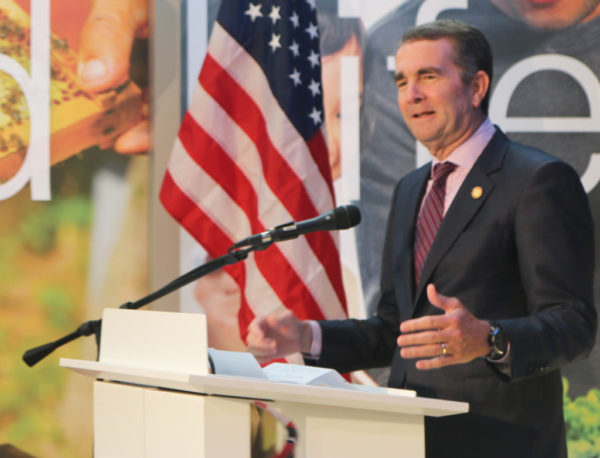 (Updated at 4:30 p.m.) An Arlington-based tech company is relocating its headquarters in Crystal City and pledging to add 1,000 new jobs in Arlington.

Incentive Technology Group, LLC (iTG) is investing $5.1 million in a 50,000 square-foot headquarters at the Presidential Tower office building at 2511 Jefferson Davis Highway, where it expects to hire for 128 positions this year.

The new headquarters, and the 1,000 jobs iTG pledged to add over the next three years, was announced by Virginia Gov. Ralph Northam earlier today.

Virginia and Georgia both vied for iTG’s new headquarters, but Amazon appears to have helped tip the scales in Arlington’s favor.

“Arlington County’s recent influx of technical talent, as well as its ability to attract leading-edge companies to the area, such as Amazon, are the key reasons for iTG’s decision to stay in the region,” said iTG’s Chief Financial Officer Andrew Fehretdinov.

iTG consults with Amazon Web Services, per its website. Its customers include the State Department, the Department of Health and Human Services, the Federal Communications Commission, National Cancer Institute, Bank of America, the General Services Administration, Vanguard, and United Healthcare.

Governor Northam described the company as a “homegrown small business” and said iTG’s choice to stay Arlington is “another example of how the region’s world-renowned tech talent and higher education system attracts and retains leading IT businesses of all sizes.

In the press release, Secretary of Commerce and Trade Brian Ball, state Sen. Adam Ebbin and Del. Rip Sullivan lauded the move as evidence of the county’s growing economic power.

Arlington County Board Chair Christian Dorsey said he was “excited” that iTG planned to stay in the county.

“iTG has seen great success here, and in its new space is well-positioned to continue its growth in the field of information technology,” Dorsey said in a statement. “We look forward to continue working with iTG as a valued partner in our business community.”

iTG was founded in 2008 and is currently located at 2121 Crystal Drive. It currently has “in excess of 200 Arlington employees,” Fehretdinov told ARLnow.