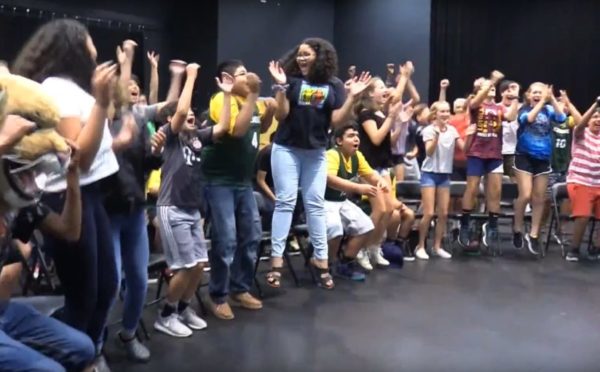 Next week, Kenmore Middle School will be recognized as one of the country’s top five schools for including special needs students in its community.

Winning schools were chosen based on demonstrating “excellence” for including special needs students in sports and youth leadership, among other benchmarks.

The award is being presented alongside ESPN.

Can't stop the feeling… or the CHEERING when you learn that @ESPN is coming to YOUR SCHOOL in April to present your @SpecialOlympics Unified Champion Schools banner. @APSKenmore just found out the news – high-fives all around! #InclusionRevolution https://t.co/3leXgC0pZE pic.twitter.com/SQ06MPXbPv

Yorktown and Washington-Lee high schools are also Special Olympics Unified Champion Schools, according to a map of participants.

The Unified Schools Program is managed by the Special Olympics and funded via a grant from the U.S. Office of Special Education Programs, per its website.

Separately, President Trump recently backtracked on his administration’s plan to cut funding for the Special Olympics after public outcry mounted in support of the program, reported Politico.