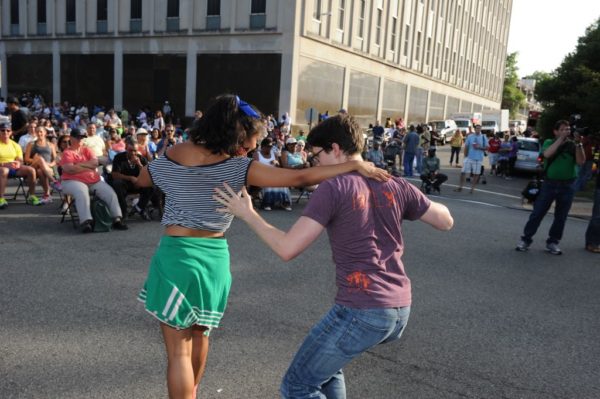 The free blues festival will be held on Saturday, June 15 from 1-8:30 p.m. at the intersection of Columbia Pike and S. Walter Reed Drive.

The event is organized by the Columbia Pike Revitalization Organization (CPRO).

This year, the CPRO is partnering with Shirlington-area New District Brewing Company, which will serve up craft beer during the event, per an organizer’s announcement.

CPRO board president John Snyder said the organization is “delighted” to partner with New District Brewing this year.

“We love to get together with neighbors and local businesses — New District is both — and we love their beer!” Snyder said in a statement.

Thousands have attended the festival in previous years, which closes nearby roads from around 7:30 a.m. to 10 p.m. that day.

Details on the performance line-up, activities, and road closures are yet not available on the festival’s website.