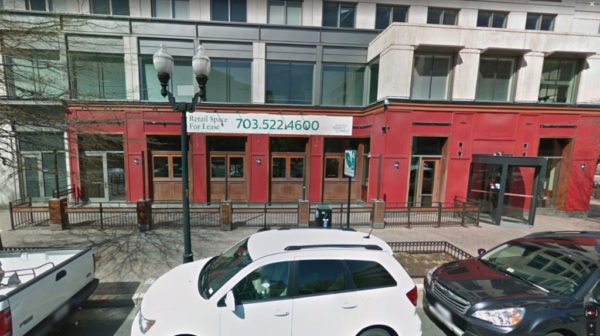 A new cafe and bar is coming to Clarendon.

“East West Cafe” is slated to open at 3101 Wilson Blvd, in at least part of the space that was once the American Tap Room, according to owner Mehmet Coskun.

Coskun, who lives in Pentagon City, previously told ARLnow he wanted to give Arlington a local alternative to Starbucks and had plans to expand to Clarendon and beyond.

He did not say East West would open, but that he expects the new Clarendon establishment to “open soon.” Records indicate Coskun registered East West Coffee LLC last month and applied for a county building permit on Tuesday.

Coskun said the new cafe’s namesake is its selection of both wine and coffee.

“I feel like the wine belongs to the west and the coffee comes from the east,” he Coskun, referring to Yemen’s early production of “mocha” coffee and the rise of wine in ancient Greece.

Several businesses have been rumored to fill the former Tap Room space since its closure in 2016, including a Verizon store and a gym, but thus far neither have come to fruition.