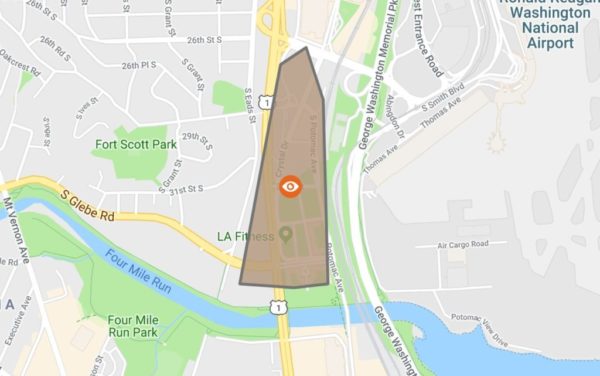 A portion of the Crystal City neighborhood is without power this morning, leading to dark traffic signals and dark office buildings.

As of 9 a.m., more than 1,300 Dominion customers were without electricity, all south of 23rd Street S., according to the power company’s website. However, traffic signals were reported dark as far north as 20th Street S. and S. Eads Street.

Arlington County Police are reminding drivers to “treat any uncontrolled intersections as a four way stop.”

Travel with caution and remember to treat any uncontrolled intersections as a four way stop. pic.twitter.com/9lIeQO4Mgr