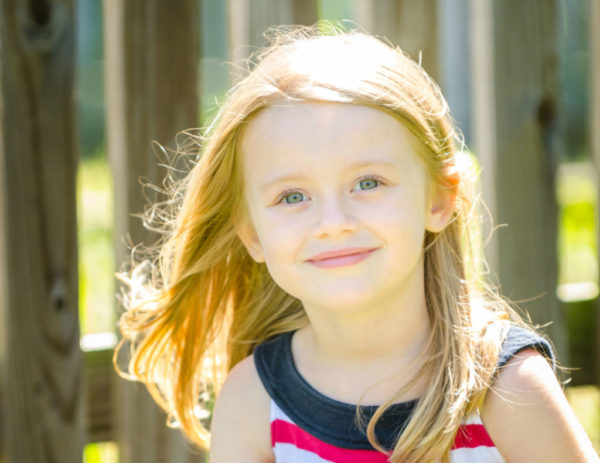 An annual 5K race through Fairlington is scheduled for Saturday (April 27) to support Ellie McGinn — a local fifth-grader with a rare degenerative brain and spinal cord disease.

The race raises money for A Cure for Ellie, a foundation supporting research at the Kennedy Krieger Institute in Baltimore that aims to cure McGinn’s disease: leukodystrophy. The race is now in its sixth year and researchers are now in the process of testing new therapies.

There are fewer than 100 known cases of the disease, but over the last year a girl in another local family was diagnosed with the same disease, said race organizer Beth McGinn.

The non-competitive and family-friendly event is hosted by Abington Elementary — where McGinn attends — and the Fairlington Citizens Association. As of yesterday, McGinn said 550 people had registered.

Registration in the 5K is $35 for adults or $20 for children, which includes a t-shirt for participating in the race. A one-mile fun-run is $15 for adults or $12 for children. The race website says that dogs and strollers are welcome. Race packets can be picked up tomorrow (Friday) from 3-6 p.m. at 3035 S. Abingdon Street. 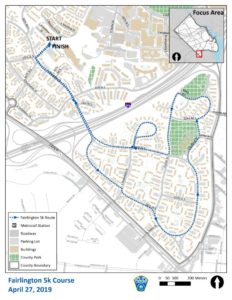 Several streets in Fairlington will be closed from 7-9:30 a.m. on the day of the race, according to Arlington County Police:

Photo via A Cure for Ellie. Route map via Arlington County Police Department.