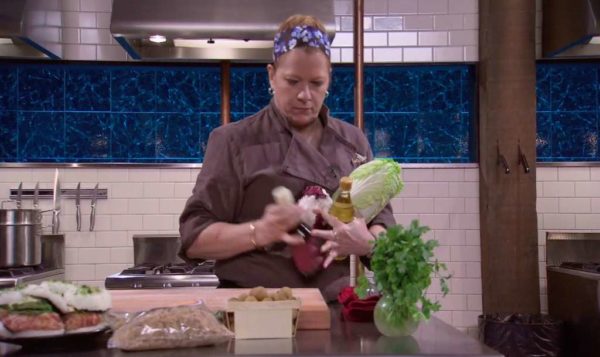 Arlington chef Mikala Brennan is returning to the small screen later this month to battle one of the Food Network’s biggest stars.

Brennan, chef and owner of Hula Girl Bar & Grill in Shirlington (4044 Campbell Avenue), will appear Thursday, May 23 at 10 p.m, on Beat Bobby Flay, where she will test her culinary chops against the Food Network personality.

Flay’s friends Michael Symon and Alex Guarnaschelli will be there, aiming to secure another victory. But before a new grill master can be named, Brennan and chef Armando Litiatco will square off to earn the chance to challenge Flay.

Chefs Michele Ragussis, David Santos and Lourdes Castro will be on hand to judge the kitchen clash.

Brennan has appeared several times in the Food Network arena, including winning Rewrapped in 2014 and competing on Chopped in 2017.