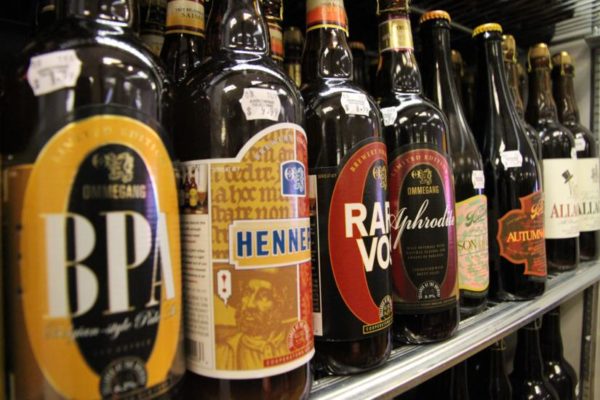 The decision, which only applies to the county’s residential recycling pickup and not to offices and apartment buildings, was explained as a matter of economics — it’s more expensive for the county to recycle glass than it is to incinerate and dispose of it in a landfill.

While recycling glass does save energy, it doesn’t save much compared to the more efficient aluminum, steel, paper and cardboard recycling processes. The cost to recycle glass isn’t worth the marginal energy savings, some say.

While there’s logic in that argument, some locals don’t like the idea of sending a recyclable material to landfills.

“If a community gives up glass, it is admitting defeat in the face of readily available alternatives,” said the writer of a letter published in the Sun Gazette.

The county does have an option for those who want their glass to be recycled, though it requires extra time and energy:

Alternatively, people can dump their glass at one of two designated drop-off locations — at Quincy Park (N. Quincy Street and Washington Blvd) or the Arlington Trades Center (2700 S. Taylor Street) — which carts it to Fairfax County for an experiment in paving roads with smashed up glass.

In a Facebook live chat yesterday, Erik Grabowsky, chief of Arlington’s Solid Waste Bureau, said the public outreach process about change is still ongoing and Arlington will continue collecting glass in recycling bins through the end of July.

The county has not been recycling glass residents placed in blue carts, according to Peter Golkin, spokesman for the Department of Environmental Services. Instead, it was being pulled at the material recovery facility and trashed.

“By putting glass in the black carts, it goes to Covanta where it’s melted (not incinerated) with trash and those results are landfilled, saving the whole transportation/sorting issues with the recycling process that does also have an economic aspect,” Golkin said, in an email.

What do you think about the county no longer recycling glass?