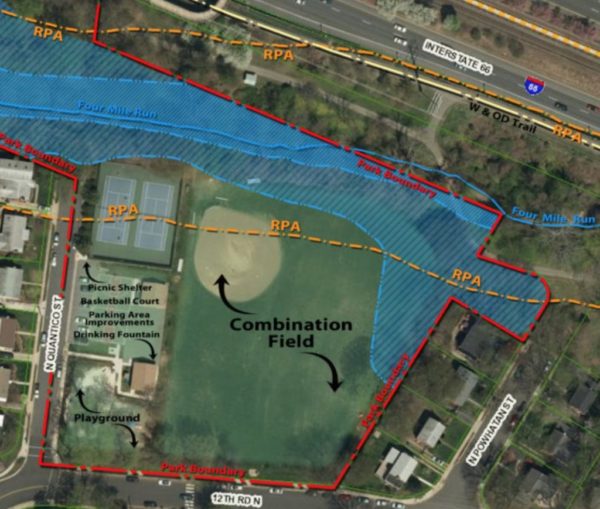 (Updated at 10:15 a.m.) The Arlington County Board is set to vote on planned renovations to Madison Manor Park.

Board members will decide whether to approve a $2.82 million contract for upgrades to the 5.4 acre park at 6225 12th Road N., in the Madison Manor neighborhood, along the W&OD Trail.

County staff members have discussed the upgrades with residents since 2017. The final version of the plans shared in a staff report to the Board include:

If approved, the Board would award the contract to Gaithersburg, Maryland-based construction company Highway and Safety Services, Inc.

The playground, picnic area, walkways, signage, and parking area are also listed in the project’s description but no details were shared on the intended changes to those parts of the park.

The county has said one goal of the renovations is to better comply with the standards from the Americans with Disabilities Act.

The county’s Department of Parks and Recreation designed the new park upgrades, according to its website on the project.