Before we get into it: yes, the Dogfish Head/Boston Beer Company deal is, well, a big deal. I don’t really have anything of substance to add so I’ve just been recommending Bryan Roth’s great piece for Good Beer Hunting.

So, Memorial Day. Unofficial kickoff of summer. Three-day weekend for all you non-retail-working types. What should you have to drink if you’re spending time by the pool, or the grill, or just enjoying the outdoors over this long weekend? Well, you can go Big Beer — and nothing wrong with that, I probably will at some point too. But if you’re looking for alternatives, I’ve got some suggestions:

I don’t know what’s gotten into Deutschland, but we’ve been seeing some wonderful canned Pilseners coming over this year, and at wonderful prices to boot. Veltins Pilsener has already become a go-to for me, and this week we’ll see the arrival of Wolters Pilsener in the same half-liter, 4-pack can format. Super-clean and crisp, these beers are hard to beat for a refreshment on a hot day, and when you see the pricing on the Wolters especially, you’ll flip — I did.

Session IPA Ales of all types.

Charlottesville’s Reason Beer alone could get an entire column devoted to its core lineup of 6-pack cans: the Hoppy Blonde (4% ABV), Saison (4.5% ABV), and Pale Ale (5% ABV) are all stunners that you can enjoy more than a couple of without too much worry.

Even the recently released Collaboration 29 IPA clocks in at only 5.5% ABV. I’m also personally a fan of The Trooper and Trooper Light Brigade, made by Cheshire, England’s Robinsons Brewery with the crew from Iron Maiden. At 4.7% and 4.1% respectively, I can get my all-purpose UK fix on easily. 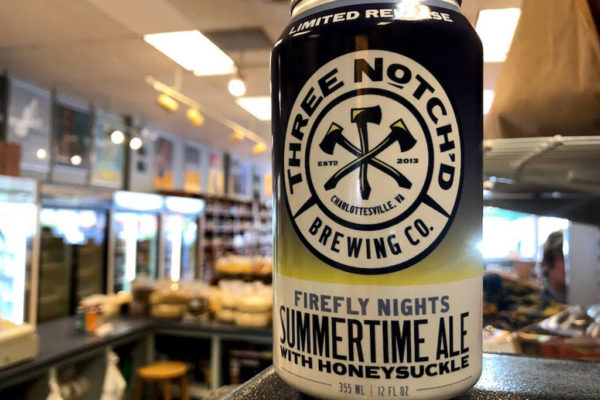 Charlottesville gets more run in this week’s column. The “Summertime Ale” from Three Notch’d is a lighter-bodied 5.2% Ale with honeysuckle. Good for warm summer evenings; great for Mid-Atlantic nostalgia, and a lovely option for those who want something “different” but not too far outside of the box. Also, Arrowine will be hosting the Firefly Nights Release Event this Friday (hey, that’s today!) from 4:00-7:00pm. Gotta get the most for that Sponsord Content dollar, people.

There Gose the weekend.

There’s a Gose for every Sour Ale fan these days, which would’ve been crazy to imagine ten years ago. Union Old Pro is a favorite, and relatively easy to find. Commonwealth Brewing has a plethora of Goses in the market right now, inspired by everything from sangria to mezcal margaritas to limoncello. Modern Times Fruitlands being available in the area now is awesome.

No matter what you decide to knock back, I hope everyone has a fun, safe Memorial Day. I’ll see you back here in a couple of weeks.