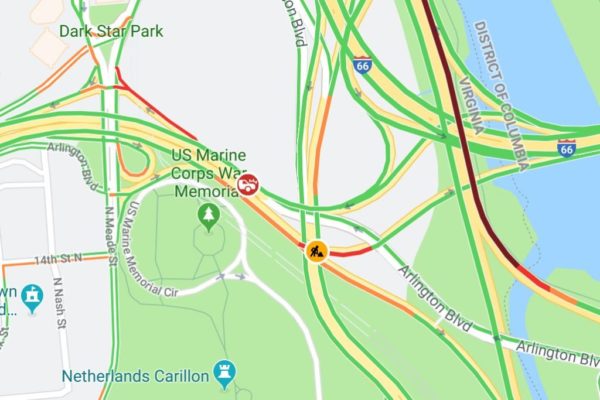 (Updated at 2:50 p.m.) The ramp from eastbound Route 50 to the Roosevelt Bridge is closed due to a serious crash involving a motorcycle.

The exact circumstances around the crash are unclear, but initial reports suggest a motorcyclist lost control and crashed into a guardrail around 12:40 p.m., potentially suffering broken bones and other injuries.

The rider was transported via ambulance to a local trauma center in critical condition, according to Arlington County Fire Department spokesman Capt. Ben O’Bryant. Arlington County Police later clarified that the rider’s condition was critical, but with non-life-threatening injuries.

ACPD's Critical Accident Team is investigating a single vehicle accident involving a motorcycle. The driver was transported to an area hospital with critical but non-life threatening injuries. The roadway remains closed as detectives process the scene. Seek alternate routes. https://t.co/80KtVv9UBf

more stories
Previous
Ask Eli: When Can I Negotiate?

Next
The Right Note: Trouble Paying Your Taxes?