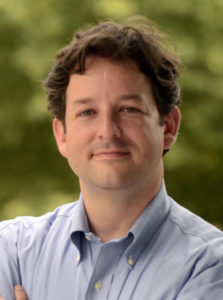 Last week, we asked the two Democratic candidates in the House of Delegates race for the 49th District to write a sub-750 word essay on why the county’s residents should vote for them in the June 11 primary.

Here is the unedited response from Alfonso Lopez:

It has been the greatest honor of my career to serve the residents of the 49th District as your Delegate in Richmond. Our district, which runs along Columbia Pike from Pentagon City to Bailey’s Crossroads and then up Route 7 to Seven Corners, is one of the most vibrant and diverse places in the Commonwealth of Virginia. Moreover, I am reminded every day that we live in a special community that believes in lifting everyone up and leaving no one behind. Indeed, those are the core values that have guided my legislative agenda in the General Assembly.

When I first ran for the House of Delegates, I made a pledge that I would be a champion for the progressive values that have made our community such a welcoming place for people from every corner of the world. These values have come under attack by a far-right element of the Republican majority that has sought year after year to overturn Virginia’s progress by gutting the social safety net, eliminating reproductive freedom, and demonizing the immigrant community.

In the General Assembly, I have worked to build coalitions of legislators, policy advocates, and community activists to successfully defend against far-right legislation and to pass common-sense bills that will move Virginia forward. I am proud to have been able to patron, co-patron, or chief co-patron 115 bills over the last eight years that were signed into law–49 of which were bipartisan efforts. These include bills strengthening tenant protections, expanding healthcare to immigrant mothers and children, protecting passports and military IDs from identity theft, and incentivizing the use of solar and other renewable energy sources across Virginia.

One of my top priorities in the House of Delegates has been addressing our region’s housing affordability crisis. As someone who grew up in Fairfax County and now lives along the Columbia Pike corridor, I have witnessed first-hand the changes our community has seen over the last few decades. As our region continues to grow, housing is becoming more and more expensive–preventing many young people from becoming homeowners and leading to fears that lower-income residents are being pushed out of communities they may have lived in for decades.

This is an issue I’ve been focused on for many years. In 2013, the General Assembly passed my bill creating the Virginia Housing Trust Fund (VHTF)–an important tool used by the state to provide funding to projects dedicated to preserving and building affordable housing, as well as addressing homelessness. In the years since its creation, the VHTF has already helped create housing for thousands of Virginians–including hundreds of families in the 49th District.

As a member of the House Democratic leadership team, I have strived to use my voice to amplify the concerns and needs of the many working-class families and marginalized communities that call the 49th District home. We have worked to end the school-to-prison pipeline by limiting long-term school suspensions, increased teachers’ salaries by 5%, secured a dedicated source of revenue for the Metro system, worked on criminal justice reform, expanded no-excuse absentee voting, and–perhaps most importantly– expanded Medicaid to almost 400,000 Virginians across the state, including 5,600 of our neighbors in the 49th District.

Nothing has been more rewarding, however, than the work my office has done to provide direct assistance to the constituents of our district. As a Delegate, my most important role is that of being a liaison and advocate for constituents and their needs with state and local government.

For example, when VDOT announced the pending closure of the DMV on Four Mile Run, my office and I worked quickly to organize a community meeting to allow residents to express their concerns about the impact the closure would have on low-income residents and the elderly. By amplifying voices from the community and facilitating intense negotiations between community leaders and state officials, my office was able to keep the DMV in Arlington where it continues to serve thousands of our neighbors to this day.

Our Commonwealth and our community have made a number of great strides in the past few years, but it’s clear that we still have much work to do. Going forward, I am determined to continue pursuing an agenda that is focused on social and economic justice for all of Virginia’s families. As your Delegate, I will always be committed to creating a community and a Commonwealth that lifts everyone up and leaves no one behind.

I ask for your support and vote on June 11th!