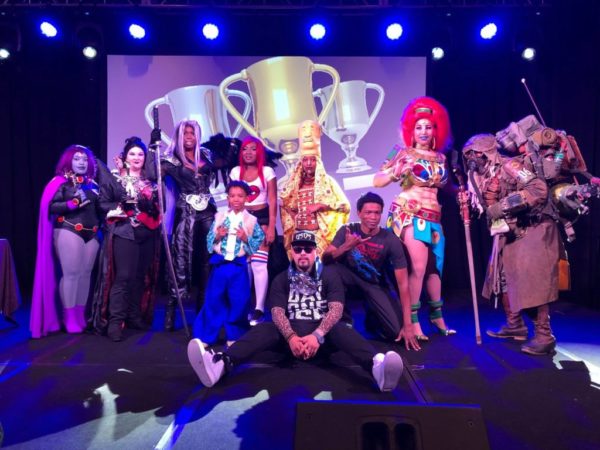 Blerdcon — a comic convention highlighting black nerd culture — is returning to Crystal City and fans of the ’90s anime Cowboy Bebop may recognize a familiar voice.

The convention is scheduled for the Hyatt Regency (2700 Richmond Highway) from Friday, July 12 through Sunday, July 14.

Guests highlighted at the convention include Estelle, a musician and who has a leading role in the Steven Universe cartoon show, and Beau Billingslea, who voiced Jet Black in the English dub for the seminal anime Cowboy Bebop.

The event celebrates both the creative talents of black nerds, a subculture emerging at the intersection of science-fiction/fantasy fandoms and the black experience in America that has historically struggled with a sense of isolation in both communities.

In addition to a focus on the black nerd cultural experience, the event description highlights the convention’s intersectionality with “LGBTQ, the disabled, POCs and the international community.”

Weekend passes to the convention are $55.