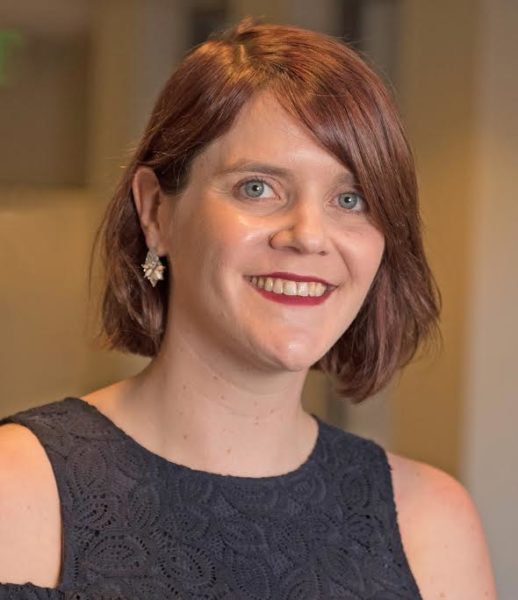 Progressive Voice is a weekly column. The views and opinions expressed in the column are those of the individual authors and do not necessarily reflect the views of their organizations or ARLnow.com

While there are many ways to define the Arlington community — subjectively and objectively — one crucial factor is the baseline data of how many people live in the County, as collected by the decennial Census.

Last year, I wrote about how census data affects Arlington’s bottom line. While there are still concerns regarding the logistics of administering the Census, the larger concern now is the Trump administration’s aggressive and persistent fight to include a citizenship question in the Census. Wrangling over this question has sowed distrust that is expected to result in an undercount. Arlington has to come together and work harder than ever to ensure an accurate and thorough Census in 2020.

In July 2018, then Arlington County Board Chair Katie Cristol submitted a letter on behalf of the County Board to the U.S. Department of Commerce urging it to omit the Trump administration’s proposed citizenship question from the 2020 Census because it “is divisive in nature, is unnecessary and will result in an undercount of residents.” Similarly, several states and other interested parties sued the Trump administration to prevent the question from being included in the 2020 Census, with the issue eventually rising to the U.S. Supreme Court.

The question before the Supreme Court was whether the Commerce Department Secretary, Wilbur Ross, had the authority to include a citizenship question in the Census. In its June opinion, the Supreme Court determined Secretary Ross did have the discretion to include the question. However, a narrowly divided (5-4) court found the Trump administration’s stated reason for including the question — to improve enforcement of the Voting Rights Act — to be pretextual.

Recently uncovered evidence showed a key section of the administration’s rationale for the question was written by a longtime Republican strategist who asserted a census citizenship question would disadvantage Democrats and be “advantageous to Republicans and non-Hispanic Whites.” The Supreme Court did not rule that the census could not include the question — only that the administration needed to provide a different and more convincing rationale for the question to one of the U.S District Courts with pending cases (New York and Maryland).

Then the process got weird.

First, President Trump tweeted that administration lawyers were exploring ways to delay the census. Then, due to a critical printing deadline, government lawyers indicated on July 2 that the census would be printed without the citizenship question. When that correspondence became public, however, President Trump took to Twitter again to call the attorney’s correspondence “fake news”– leading to an awkward teleconference between the government lawyers and the federal judge overseeing one of the remaining cases. Then the Trump administration said it was continuing to look at “all available options” for including the question in the census. The suspense finally ended July 11, when the president conceded the citizenship question will not be in the census, and announced that existing citizenship data collected by federal agencies will supplement the 2020 Census. If the Trump administration had provided a new and more convincing justification for the citizenship question, it was uncertain whether the Census Bureau could have printed new questionnaires in time.

Regardless of this outcome, I fear there has already been an impact. With President Trump’s continued hostility toward immigrant communities, it is likely that individuals who have loved ones who are undocumented — or are undocumented themselves — will decline to participate in the census, assuming that the data will be used by Immigration and Customs Enforcement (ICE). This will lead to an undercount, which will have lasting implications for everything from transportation funding to political representation.

Arlington County already is increasing its education and outreach efforts through the Arlington Complete Count Committee (CCC) and Arlington residents can encourage neighbors and work colleagues to participate in the census. Even more important, we need to stay vigilant to make sure that any census data is only used for its intended purposes: to provide an accurate head count of people who live in a jurisdiction. Now is the time we need to work together to clearly say that Arlington is a place for all and that all of our community members count.

Maggie Davis is Deputy Chair of the Arlington County Democratic Committee and former President of the Arlington Young Democrats. She lives in the Radnor Heights-Ft. Myer neighborhood and works as an emergency management law and policy analyst.