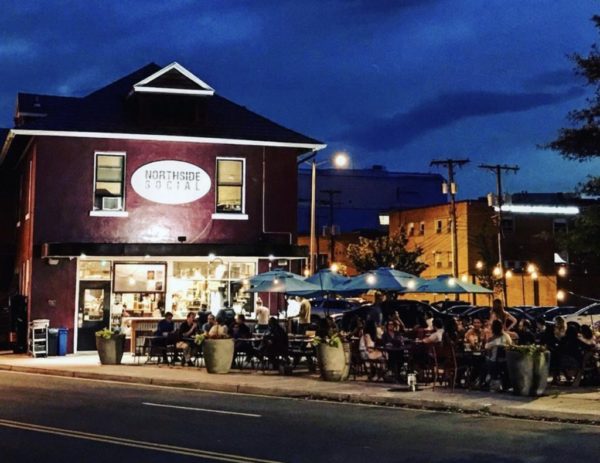 Labor Action Planned at DCA — Presidential candidate Sen. Elizabeth Warren (D-Mass.) is among those expected to participate in a rally and picket at Reagan National Airport this evening, in support of airline catering workers who are seeking better wages and healthcare options. [Unite Here]

Restaurant Coming to Apartment Building — Update at 9:35 a.m. — Permit applications have been filed for a new restaurant that’s planned for the grounds of the recently-renovated Dominion Apartments at 333 S. Glebe Road. [Twitter]

Green Presidential Hopeful Visits Arlington — “The Arlington Greens recently welcomed one of their party’s presidential aspirants to the community. Dario Hunter, a member of the Youngstown (Ohio) School Board, participated in a roundtable discussion with Green Party members on July 16 at Central Library.” [InsideNova]

Author to Talk Hockey at Local Bookstore — “We’re bringing Sportsnet contributor and YouTube sensation Steve Dangle down to Washington, D.C. on Saturday, August 24, to sign copies of his hit book This Team is Ruining My Life (But I Love Them): How I Became a Professional Hockey Fan… One More Page Books, an independent bookstore in Arlington, Va. (which is run by Caps fans), will be hosting the signing from 2-4 p.m.” [Russian Machine Never Breaks]

Army Flying Secret Missions Over Region — “The Pentagon has revealed a few details about a secret Army mission that has Black Hawk helicopters flying missions over the Washington, D.C., area backed by active-duty and reserve soldiers. The mysterious classified operation was disclosed when the Army asked Congress for approval to shift funds to provide an extra $1.55 million for aircraft maintenance, air crews and travel in support of an ’emerging classified flight mission.'” [Bloomberg, PoPville]