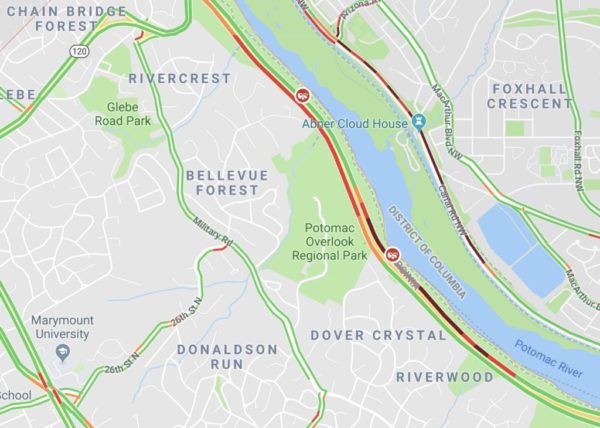 Updated at 4:45 p.m. — Delays remain heavy on the northbound GW Parkway, from the crash scene to just past the Memorial Bridge. Delays also remain southbound, starting around Route 123.

Earlier: A crash on the GW Parkway in Arlington is snarling the start of the evening rush hour.

At least one person was reported injured in the wreck, which happened just south of the first scenic overlook. Drivers should expect heavy traffic in both the northbound and southbound lanes.

#Arlington George Washington Pkwy near the Overlooks, crash along the left side in each direction #vatraffic #dctraffic https://t.co/nb3VFR1abs