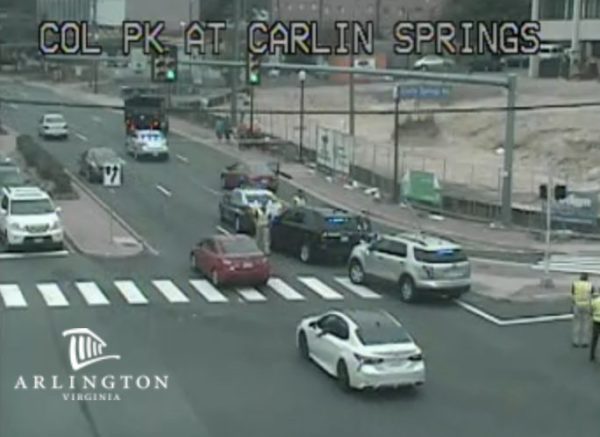 A man is fighting for his life after being struck by a driver on Columbia Pike.

The crash happened Thursday morning at the intersection of Columbia Pike and S. Carlin Springs Road, just over the Arlington border in Fairfax County.

Police say the victim suffered life-threatening injuries. The driver of the striking vehicle remained on scene and is talking to detectives who are investigating the crash, per Fairfax County Police.

Two westbound lanes of Columbia Pike are blocked as a result of the investigation.

The driver of the vehicle was not injured and remained on-scene to speak with detectives. The pedestrian is an adult man and his injuries are life threatening. Update to follow. https://t.co/p2qyS0j5RH