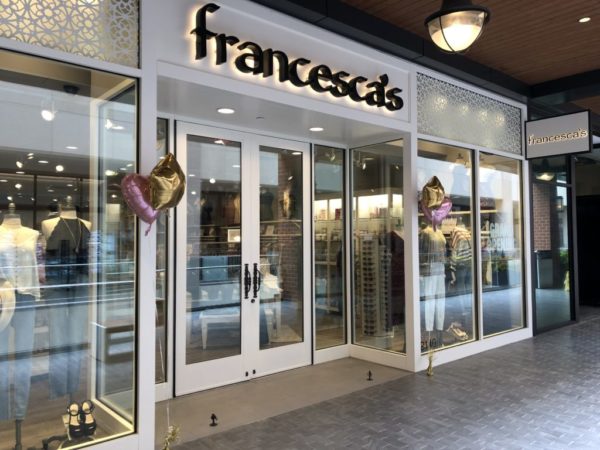 A new trendy clothing and accessories store is now joining the ranks of businesses opening up in the Ballston Quarter mall.

Ballston is one of several D.C. area locations for the chain, which also has opened up shop in the Fashion Centre at Pentagon City, as well as in D.C, Tysons, Springfield, and Alexandria. Despite the local expansion, the company has also faced some recent struggles.

The new store occupies a 1,600 square foot space on the second story of the mall, across from another women’s clothing store, Gossip Boutique, and watch retailer Bering.

A PR rep told ARLnow that the store is offering a buy one, get one 60% off deal through Wednesday, August 21.