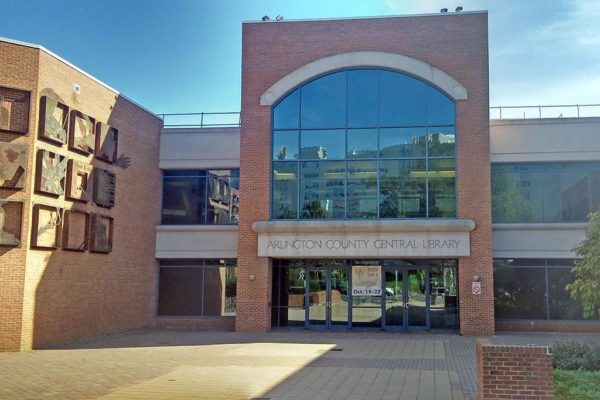 (Updated at 3:15 p.m.) Arlington Public Library is experimenting with a new, faster check-out system for popular books in a bid to reduce wait times.

Starting this week, patrons will be able to snag some of the system’s most sought-after books from a “Grab and Go” display near their library’s main circulation desk. These displays will host extra copies of popular books at each library, which patrons can check out with no holds.

“Arlington Public Library routinely sees several titles receive over 500 holds in a given year and in any given month we see 30 titles with over a hundred holds. The Library considers 100 holds as the minimum indicator for a high in demand book,” said APL’s chief materials manager Peter Petruski.

“The new Grab & Go collection increases access to bestselling books and alleviates wait times, but it’s still just scratching the surface of meeting the demand for books in Arlington,” he said.

Digital and print books checked out through the new program cannot be renewed — and thus are not subject to APL’s new automatic renewal policy. Each item can be checked out for a maximum two weeks, and patrons can only check out two of the e-books at a time.

Library Director Diane Kresh told ARLnow that the Grab and Go project was an “ongoing initiative” that started with multiple copies of 18 print books and 132 digital titles. Staff plans to grow the collection by targeting the items with the most holds and longest wait times.

“Our book collections team adds ‘hot’ new titles as they become available and demand increases,” she said. “We already see a great success with 66% of print and 100% of the eCollection being checked out.”

As of today (Tuesday) all of the Grab and Go e-books and e-audiobooks were checked out, according to APL’s online system Overdrive. Library spokesman Henrik Sundqvist said when digital title are available, they will be advertised on the top of the web page or app.

A march against drugs drew a large crowd of parents and community members to Wakefield High School, the site of a fatal drug overdose this week. Sergio Flores, a student,…