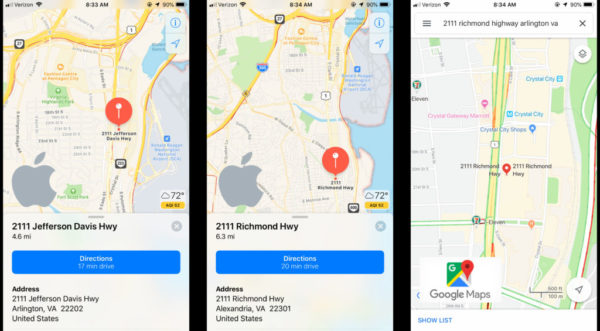 Route 1 may have a new name, but users of Apple Maps still need to enter the old name lest they be led astray.

However, the vestige of the Old South remains alive and well on Apple Maps. Users of Apple’s mapping app need to keep using “Jefferson Davis Highway” for now as it doesn’t yet recognize the new “Richmond Highway” name for the stretch of Route 1 in Arlington.

When entering a Richmond Highway address into the app today, Apple Maps redirected users to either Route 1 in Alexandria or a Richmond Street in Hopewell, Virginia. 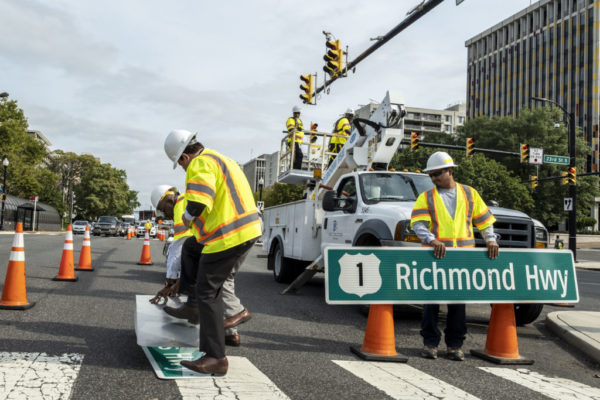 The confusion comes 8 months after Google Maps unilaterally re-named Arlington’s Route 1 stretch as “Richmond Highway,” and a year after Alexandria officially renamed its portion of Route 1. Apple Maps does list Richmond Highway addresses along the Alexandria section of the road.

State and local officials vied for years to strip the Confederate name from Crystal City’s main commuter thoroughfare, renewing efforts last fall in the wake of Amazon’s arrival. This year, Virginia Attorney General Mark Herring issued an opinion allowing local leaders to sidestep state legislators and perform the change on their own, with approval from Virginia’s Commonwealth Transportation Board.