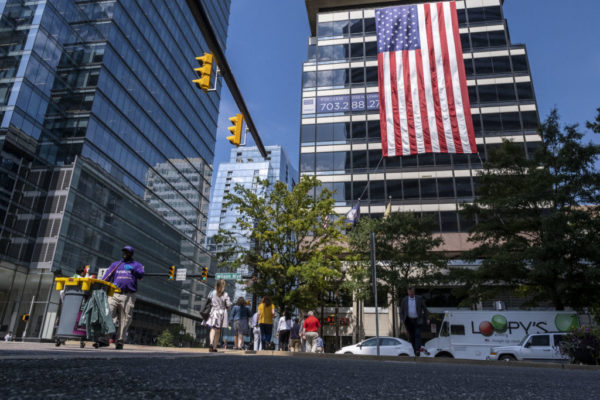 Arlington 9/11 Remembrance Ceremony — “The County’s wreath-laying ceremony will begin at 9:30 a.m. on Wednesday, Sept. 11, at the Bozman Government Center. A moment of silence will be held at 9:37 a.m., the moment when the plane struck the Pentagon and 184 lives were lost.” [Arlington County, Press Release]

Stabbing in Boulevard Manor — “ACPD responded to a domestic violence incident in which a woman was reported stabbed in a home in the Boulevard Manor neighborhood around 11:30 a.m. [Tuesday]. She’s expected to be okay. Police are not releasing additional details, to protect the victim’s identity, per spokeswoman.” [Twitter]

Marymount Jumps in Rankings — “Great news — Marymount has jumped more than 20 spots in the rankings for top Regional Universities in the South, according to the 2020 Best Colleges Rankings from @usnews!” [Marymount University, Twitter]

Rosslyn Neighbor Drama Does Federal — “A former analyst for the FBI admitted Tuesday to copying the private emails of a conservative conspiracy theorist and sharing them with his superiors while his wife offered them to the press… Tolson, who has left the FBI, agreed to forfeit two phones and two computers and avoid contact with Burkman, his neighbor in Arlington. He was released on bond until sentencing on Dec. 20.” [Washington Post]